Zep Jasper transfers from College of Charleston to Auburn 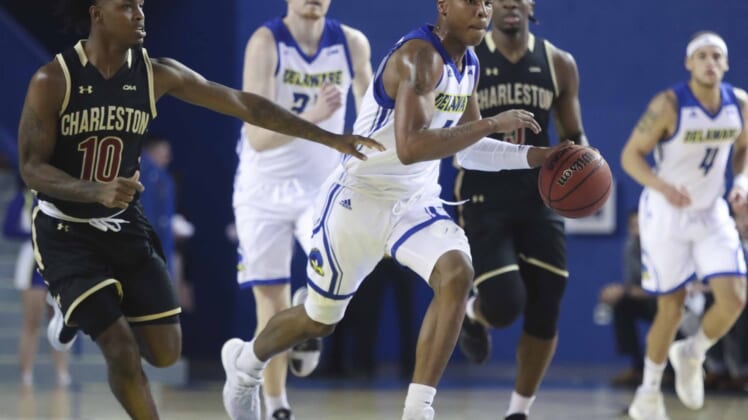 Delaware’s Kevin Anderson pushes the ball up court ahead of the pack including Charleston’s Zep Jasper (left) in the first half at the Bob Carpenter Center Thursday.Ud V Charleston

Jasper averaged 15.6 points, 3.7 rebounds and 2.6 assists in 19 games this past season. He was a second-team All-Colonial Athletic Association selection.

He started 63 of 83 games played in three seasons for the Cougars. He has two seasons of eligibility remaining due to the NCAA “free year” related to the coronavirus pandemic.

“Zep is a hard-playing, athletic guard who wants to defend the other team’s best player,” Auburn coach Bruce Pearl said in a statement. “He can score with or without the basketball and is excited about the opportunity to prove that he can play at the highest level.

“Versatility, tenacity, aggressiveness, hunger and winner are the first things that come to mind when describing Zep.”

Jasper had career averages of 8.6 points, 2.3 rebounds and 1.7 assists at Charleston. He recorded 67 steals.