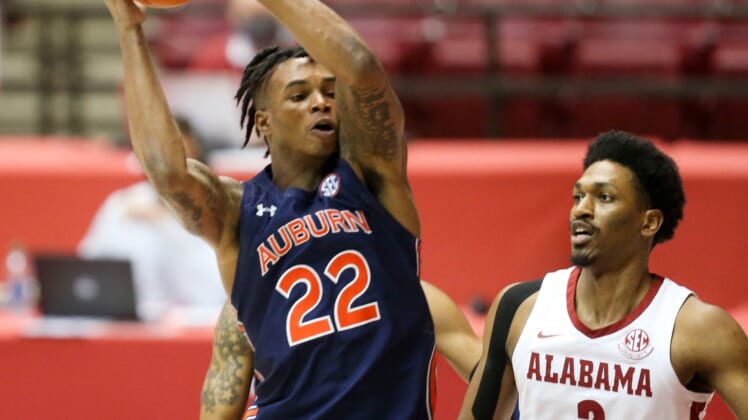 Auburn forward Allen Flanigan will not enter the 2021 NBA draft and will return to the Tigers for his junior season, he announced Tuesday.

“I have decided to return to Auburn for my junior year to be a part of something special. Family is key to me, and I’ve grown closer and closer to call the Plains a home away from home,” Flanigan told ESPN. “The tremendous unwavering support these fans and university show is one of a kind and one of the best in the country. The NBA has always been my lifelong dream and goal, but I couldn’t pass up being a part of something special.”

Flanigan is the son of Auburn assistant coach Wes Flanigan.

He was projected as a second-round pick in the draft, scheduled for July 29.

“Allen was one of the most improved players in the country this year,” Tigers head coach Bruce Pearl said. “His toughness, work ethic, athleticism and skill put him in position to realize all his goals. Allen would probably have gone in the second round if he stayed in the draft, but I know how badly he wanted to improve his stock and have an opportunity to play for a championship. He cares about Auburn and he wants to win championships. He’s going to be a lot of fun to coach next year.”