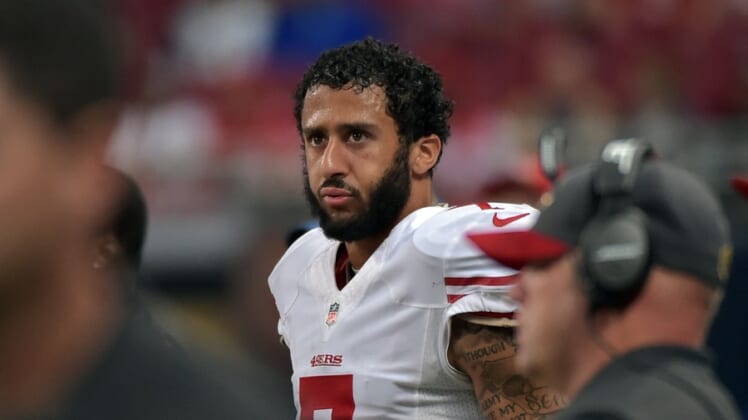 Vince McMahon and the upstart XFL won’t be playing their first games until the spring of 2020. Even then, the league is looking to add its first pool of players here over the next few months.

Given what it takes to start a new league from scratch, that’s no surprise. Rather, the surprise here is that the XFL and McMahon have reportedly talked to former NFL quarterback Colin Kaepernick about signing on.

“An XFL spokesman confirmed to Sporting News on Monday that Kaepernick talked with executives about joining the league this past fall,” Michael McCarthy reported.

Much like his discussions with the AAF, Kaepernick is said to be looking for $20 million annually from the XFL.

That’s highly unlikely to come to fruition. Upstart leagues such as the AAF and XFL just don’t have that type of money to throw around. Just look at the financial problems the Alliance has right now. The XFL itself is returning to pro football after a failed one year experiment back in 2001.

As it relates to Kaepernick, he settled his collusion lawsuit against the NFL earlier in February. Though, it’s not known how much he received in said settlement.

Given that the former Super Bowl quarterback is no longer suing the league, the possibility of him playing in the NFL again has increased. Even then, he’s apparently pursuing other opportunities.