As basketball fans peruse the list of NBA free agents, they’re eager to build the best-case scenario for their favorite team. But that plan rarely goes off without a hitch.

In the summer of 2018, money will be tight around the league. Many franchises are pressed for cap space — or simply have none — and that’s certain to have a noticeable effect on free agency.

Using our top free agents as a guide, we’ve broken out the pessimism glasses and looked at doomsday scenarios for the best 15 players who could hit the market.

One year ago, Tyreke Evans found himself without many opportunities. So, the veteran swingman bet on himself, signed a contract worth $3.3 million in 2017-18 and provided incredible value to Memphis. He averaged 19.4 points, 5.2 assists and 5.1 rebounds, showing off the versatility that once made him a valued draft prospect. But what if the production doesn’t translate to more than one- or maybe two-year offers? Evans, who turns 29 in September, is nearing the end of his prime. He might never have a better chance to ink a lucrative long-term deal. 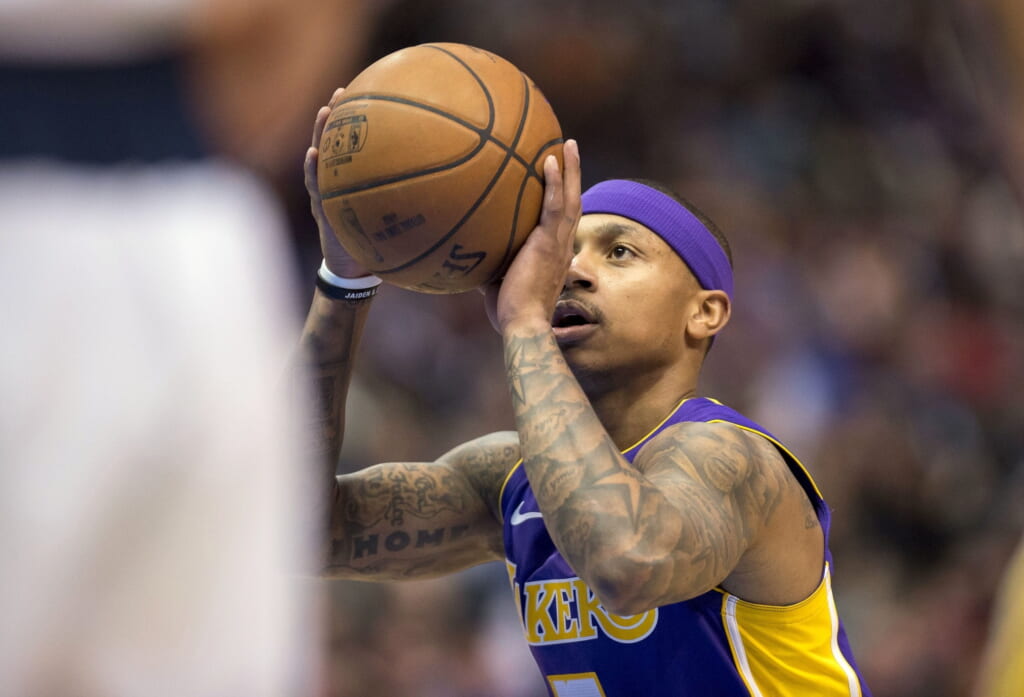 Isaiah Thomas is adamant his hip injury won’t affect what happens in free agency. That could be reasonable, since a gradual rise in production after heading to the Lakers prevented his value from plummeting. Thomas tallied 15.6 points and 5.0 assists per game in 17 appearances. Nevertheless, concerns about his health could turn off several teams. That could result in Thomas receiving several offers — of the short-term variety. He believes he’s a superstar worth big money, but franchises may prefer a prove-it deal before committing their future to Thomas.

Jusuf Nurkic: No market for centers

Cap space is limited around the NBA this summer. And in today’s three-point-driven era, there is potential that non-spacing, non-defensive anchor centers will find a barren free-agent market. Further complicating matters is Jusuf Nurkic might not be the No. 1 target fitting that description anyway. That honor would belong to DeAndre Jordan, should he opt out of his contract. Nurkic is due a raise beyond the $4.1 million qualifying offer from Portland, but it’s a rough summer for a center to be negotiating a long-term contract.

When healthy, Jabari Parker is a 20-point threat on a nightly basis. But as the saying goes, availability is the best ability — and that hasn’t been a strength for Parker. Through four years in the league, he’s only appeared in 56 percent of the possible 328 regular-season games. Two ACL injuries cost him the majority of that time. Combine that problematic history with mediocre defense, and Parker might not be worth the price tag needed to steal him from Milwaukee. The Bucks would love to keep him at a discount; Parker, not so much. 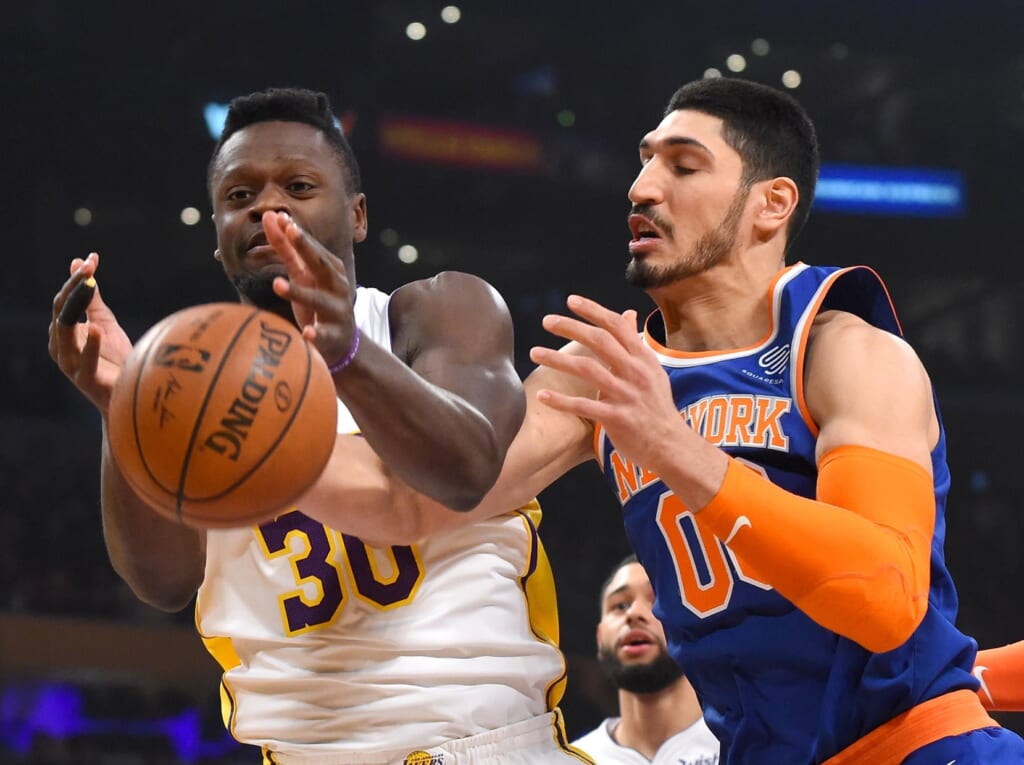 We harbor no judgment for athletes who chase a payday over a roster fit. But when money is there either way, the preferable choice is obvious: Be on a promising team, too. Julius Randle could be a casualty of the Lakers pursuing LeBron James and Paul George. If the superstars are in no rush to announce a decision, Randle might be persuaded to take the money on a mediocre team before it’s clear if the Lakers have cap space for him. And should they whiff on James and George, re-upping in L.A. would’ve been better than heading to Atlanta.

Within weeks, Zach LaVine will be the proud new owner of an eight-figure annual salary. Since he’s a restricted free agent, the Bulls are likely to be footing the bill. But if Chicago’s front office isn’t forced to reconvene for one final serious discussion, that means LaVine didn’t receive a max offer elsewhere. Although the Bulls would probably match that contract anyway, they shouldn’t be faulted for keeping it off the table until necessary. LaVine will be hoping to secure a massive offer sheet and put the pressure on Chicago to match.

LaVine’s situation is identical to that of Aaron Gordon and Orlando, which shouldn’t let its potential star leave but can slow-play the situation. His averages of 17.6 points and 7.9 rebounds plus a continually improving three-point stroke offer enough reason for other teams to extend a max contract. After all, they aren’t stealing Gordon away from the Magic without one. But like the Bulls, Orlando can wait to provide that highest-dollar deal and shouldn’t rush to it. Gordon will be seeking the initial offer to guarantee that max contract. 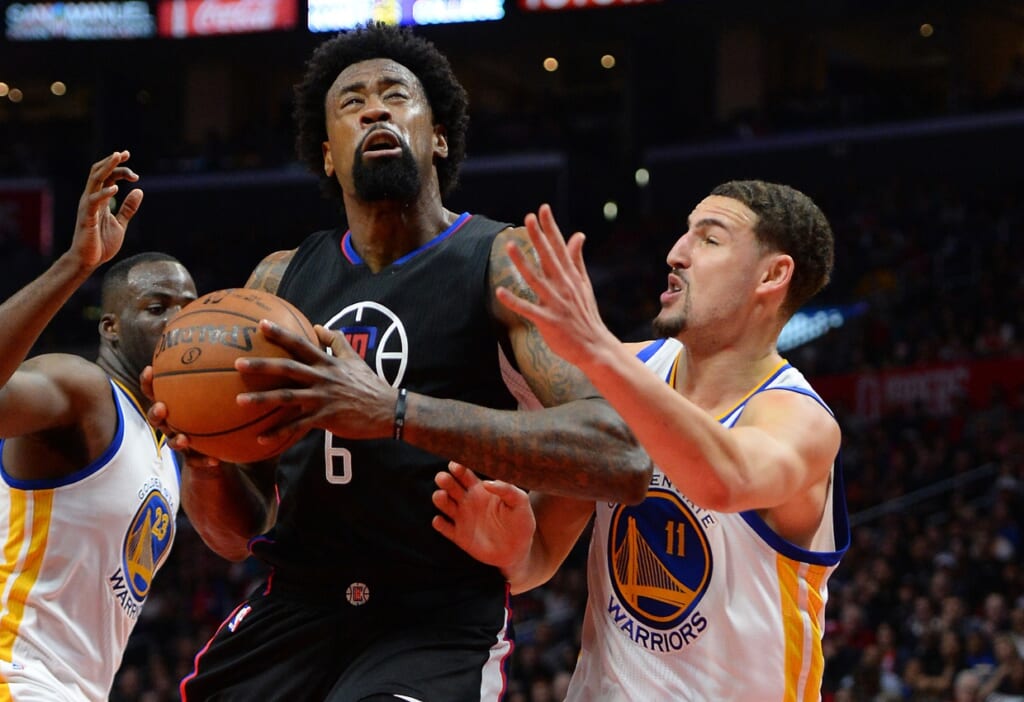 One year can make an enormous difference in the perception of a player. DeAndre Jordan might recognize that and decide it’s best to become a free agent now as opposed to opting in for $24.1 million in 2018-19. The difficult thing for Jordan is he’s likely not attracting that money this summer. His decision to chase long-term financial stability might result in a significantly lower offer than expected. And, with the benefit of hindsight, we could be saying it would’ve been smarter to opt in and wait to accept the reality of a smaller deal next year.

The Rockets have dreams of bringing LeBron James to town, but that wouldn’t be a painless process. Houston general manager Daryl Morey would have to conjure up a sign-and-trade, and there’s a chance — while extremely small — that includes Capela because Cleveland will do everything possible to refuse taking on Ryan Anderson’s contract. And as much as the Rockets value Capela, when there’s a chance to add LeBron, you add LeBron. Then, instead of playing in an ideal system, Capela would be thrust into a leading role that isn’t his optimal fit.

New Orleans doesn’t need to be convinced DeMarcus Cousins is a great player, but a ruptured Achilles complicates his monetary worth. The Pelicans understand that Cousins may never be the same player again. That’s not a shot at the center; it’s simply a reflection of the historical trend surrounding the injury. New Orleans could decide to offer a short-term contract, and there are already concerns about a thin market for Cousins. Considering his past production, he’ll rightly demand max money. But that might not be available anywhere.

Other than the Warriors — and that’s not happening — where else would Chris Paul have such a tremendous opportunity to win? The answer is nowhere, for anyone still pondering that question. A recent report noted CP3 will be seeking a max contract from the Rockets this summer, and they’re expected to comply with the demand. He doesn’t have much reason to leave. The only foreseeable way Paul gives a realistic thought to free agency is if Houston doesn’t follow through. But the potential aftermath is a situation both sides should prefer to avoid. 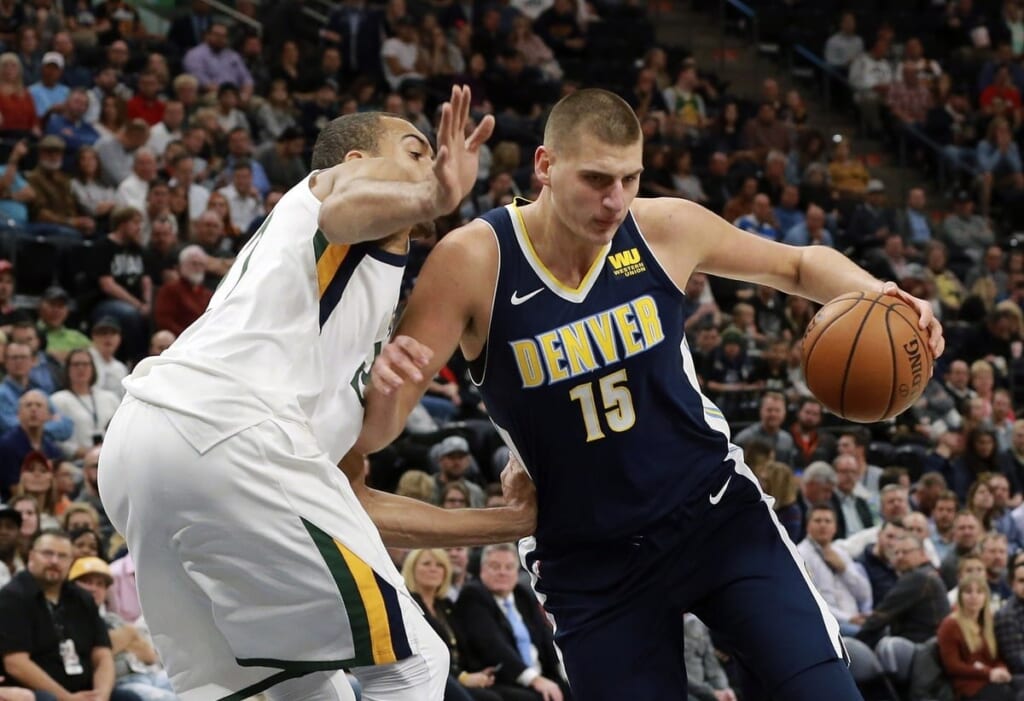 Whether it’s July 2018 or July 2019, Nikola Jokic is getting a max contract. His financial future, barring a catastrophic injury next season, is secure. It’s reasonable to suggest he’d prefer to make the dozens of millions now rather than later, right? Should the Nuggets pick up his team option, though, Jokic would only be due $1.6 million in 2018-19. While that seems like the obvious choice for Denver, Jokic would become an unrestricted free agent next July. The Nuggets would be wise to lock him up now, and Jokic would get a raise 12 months sooner.

Playing alongside Russell Westbrook for another three or four seasons should be appealing to Paul George — and for good reason. The issue is that signing a max contract to stay in Oklahoma City puts the franchise in a financial bind. The Thunder would have nearly the entire salary cap devoted to Westbrook, George, Steven Adams and Andre Roberson. While that’s a terrific quartet, adding usable depth would be a laborious task. If George is to return to OKC, he should consider a short-team deal to give himself an out in case things go sour.

Kevin Durant: Wants the max, doesn’t get it

Let’s be serious here: After winning two championships in two seasons with the Warriors, Kevin Durant has little reason to depart. He can continue piling up trophies in Golden State while sharing the floor with Stephen Curry, Klay Thompson and Draymond Green. Durant took a discount in the summer of 2017 to ensure both Andre Iguodala and Shaun Livingston would re-sign but is eligible for a massive extension this year. Durant has confirmed he’ll remain with the team, so the only question is whether the new contract is a max deal.

Even as Boston and Philadelphia rise in the East, the road to the NBA Finals will run through LeBron James if he sticks with the Cavs. But there’s no chance Cleveland, as constructed, will take out Golden State or Houston in a seven-game series. The No. 9 pick in the 2018 draft helps yet won’t close the gap significantly. LeBron has reason to return on a short-term contract, but the Cavs failing to improve the roster would create a feeling of inevitable elimination in 2018-19. And this free-agency circus might then repeat next July.