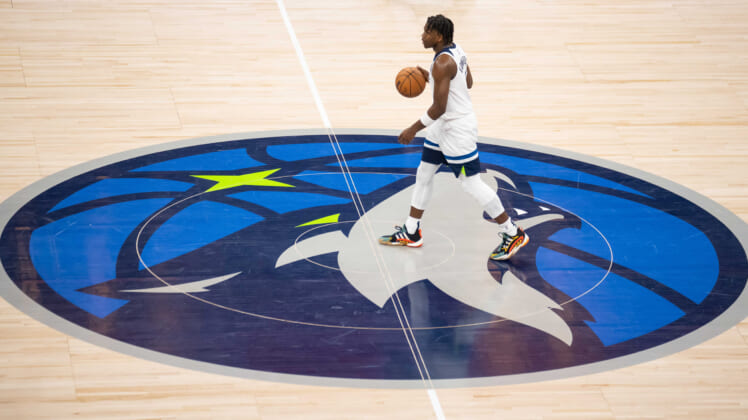 There’s just something about Minnesota Timberwolves basketball lately that’s spurned the strangest occurrences. In Game 4 on Saturday night a woman, sitting just behind Wolves owner Glen Taylor suddenly sprinted out onto the court in the third quarter. In what might have been the play of the day, an arena security guard quickly reacted, tackling the woman before she got far.

The oddest part about this latest event is that the play was ongoing. In the previous interruptions, it was during a free-throw shot. This woman had no regard for human life.

During their play-in game against the Los Angeles Clippers, Glue Girl was born when a woman actually attempted to glue her forearm to the hardwood during play. This occurred at the Target Center, in Minneapolis, Minnesota.

Not to be outdone, during Game 1 of the first round playoff series against the Memphis Grizzlies, another animal rights activist/protester took action, chaining herself to the basket base under the hoop. Unlike the other two protests/interruptions, this one occurred in Memphis.

Obviously all three people were quickly ejected from the arena in each situation. It’s dumb, as they say, don’t try this at home.

For what it’s worth, the Timberwolves are 2-0 when a fan rushes onto the court this season. But let’s please not ever see this crap again.

UPDATE: T-Wolves are now 3-0 when a spectator interrupts game play.