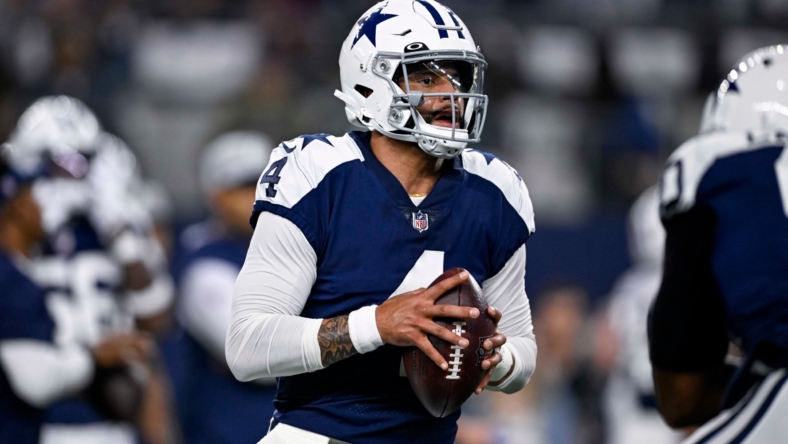 The Dallas Cowboys and New York Giants renewed their historic NFC East rivalry on Thanksgiving. And after 60 minutes of hard-fought play, the ‘Boys had much to celebrate while the G-Men will have to fly back east bemoaning a second straight loss to Dallas this season.

After two quarters, the Giants’ defense proved up to the task of dealing with a Cowboys offense that now is ranked among the 10 best in our NFL offense rankings. The unit surprisingly held Dallas to just seven points when halftime rolled around and had two interceptions on star quarterback Dak Prescott.

However, the holiday cheer would end in the second half for New York, as their mediocre offense was held to just seven in the second half and the Cowboys’ offense got rolling. Dallas would go on to score 21 points in the final two quarters and run away with an easy 28-20 win at home on Turkey Day.

The victory moved them even closer to the first place Philadelphia Eagles and strengthened their seeding in the NFC come playoff time. The Cowboys obliterated another playoff contender in the Minnesota Vikings last week.

With that all in mind, let’s take a look at the biggest winners and losers from the second game on the NFL’s Thanksgiving schedule.

While neither Ezekiel Elliot nor Tony Pollard had stellar stats individually, the combo beat up the Giants’ defense all day and those shots to the body were money in the bank that paid off later in the game. The duo combined for over 150 yards on the ground and a touchdown. They did a majority of their damage in the second half when the New York defense went from bending to breaking altogether.

Speaking of running games, the Giants’ vaunted rush attack — and specifically Saquon Barkley –were non-existent for the second straight week. Barkley’s 22-yard performance against the Detroit Lions Sunday could be viewed as an understandable off day during a fantastic season. However, the one-time Pro Bowler was held to under 40 yards on Thursday as well. 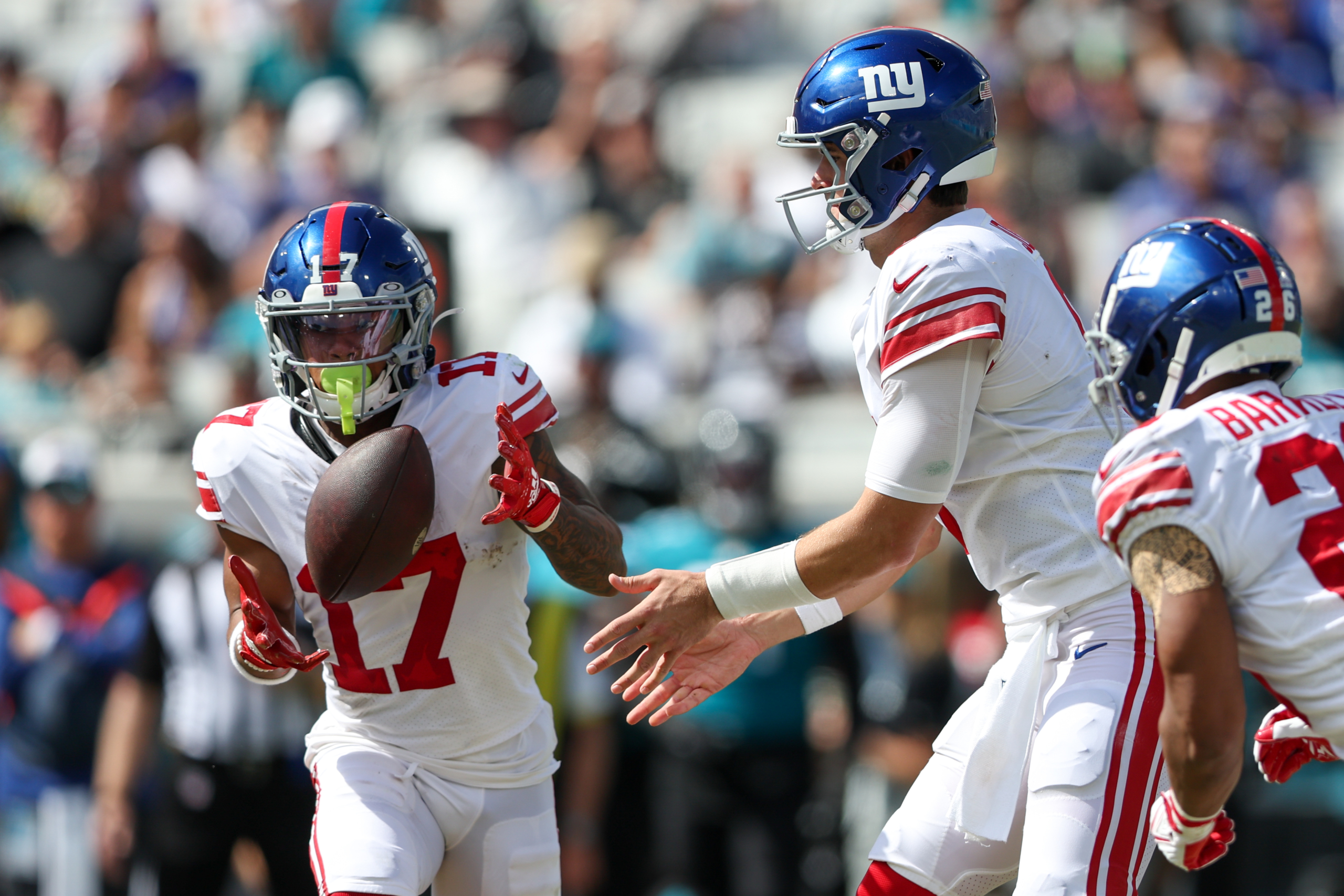 There has to be a concern that the injuries to the New York Giants offensive line are having a major effect on them. And if they can’t run, QB Daniel Jones does not have the ability to make things happen just with his arm.

Wide receiver CeeDee Lamb and tight end Dalton Schultz showed out in a big way on Thanksgiving. Lamb racked up 106 yards on just six catches as he absolutely tore up the Giants’ injury-riddled secondary all day long. However, tight end Dalton Schultz had a memorable holiday as he made the play of the game by leap-frogging a defender in the third en route to his second of two TDs on the day.

Speaking of the secondary, the New York Giants unit had trouble all day with the Dallas Cowboys receiving core. While Lamb and Schultz were shown love earlier, Michael Gallup and Jake Ferguson also had solid games as they were able to get open after Prescott was able to extend plays in several key moments.

The absence of Adoree’ Jackson and Fabian Moreau for this game played a major role in the final result as the Giants were unable to stop the Cowboys late in the game.

Despite the Giants’ defense faltering late, Kayvon Thibodeaux was a major bright spot for the team throughout the day. Often, he showcased the elite talent that made him the fifth pick in the 2022 NFL Draft. He didn’t rack up a bunch of sacks or tackles, but his five QB hits were just a taste of the impact he had on the game that the stats don’t show.

While Daniel Jones finished the game with 228 yards and a touchdown pass, he did not have a game to remember. For a second straight week, when the rushing game was not an option as the opposing defense did all they could to bottle up Saquon Barkley, he did not make the plays needed to keep the team in the game. 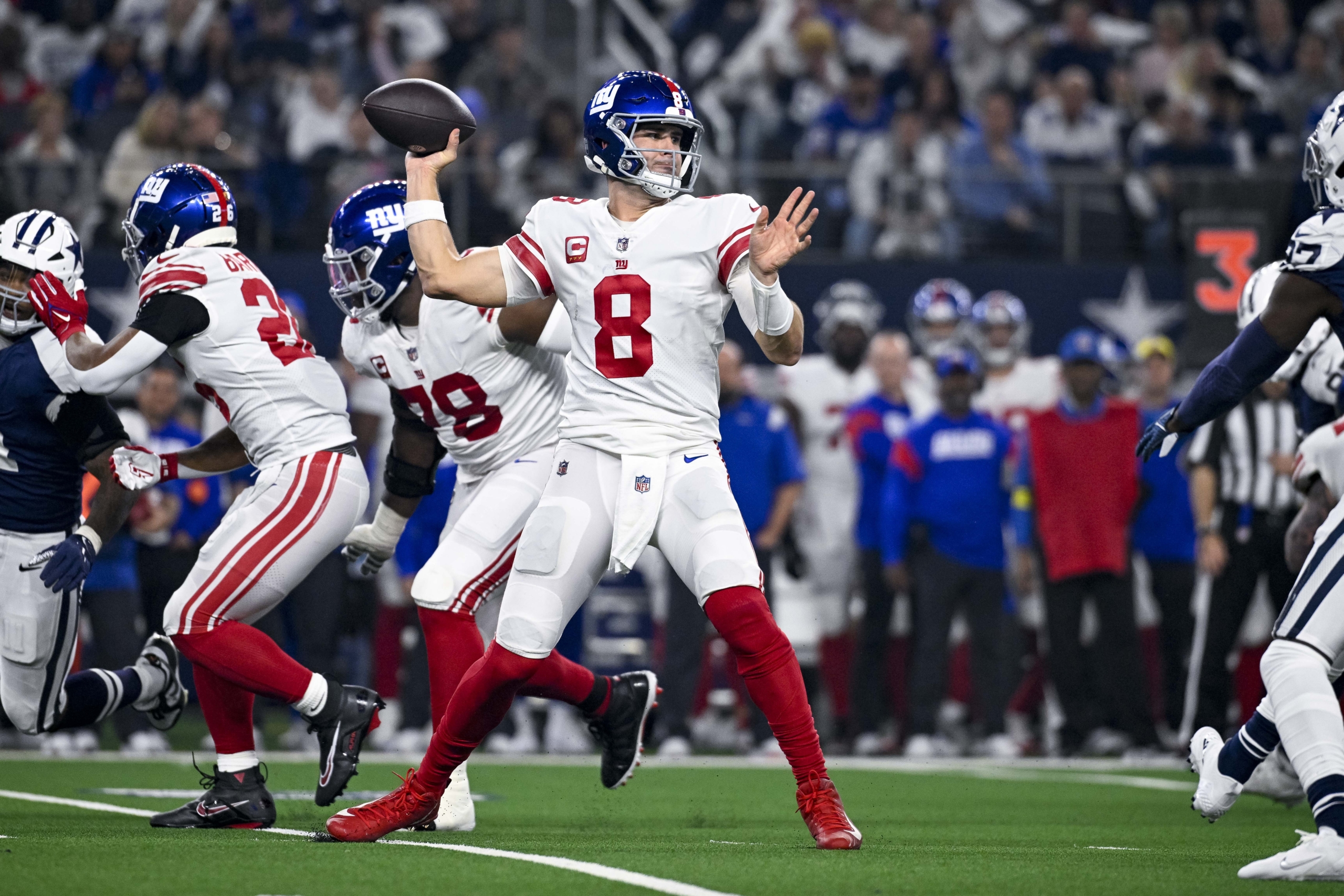 As each week goes by, he is proving undeserving of a massive long-term contract extension in the offseason.