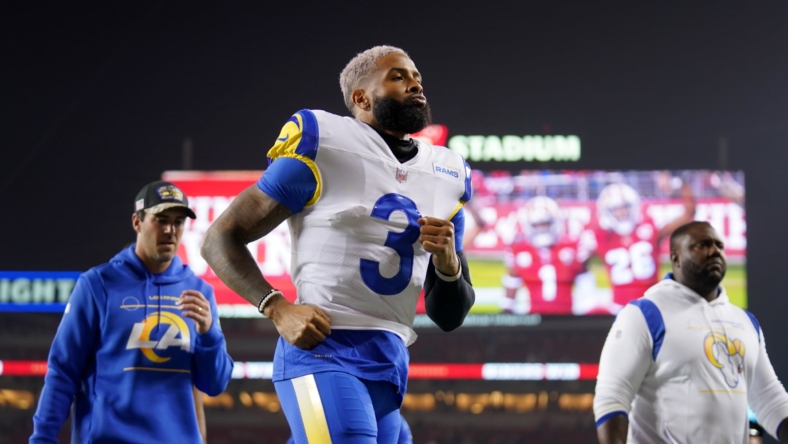 The next and most important step in the Dallas Cowboys pursuit of free agent wide receiver Odell Beckham Jr. is set to take place early next month.

At this point in the NFL season, there are few avenues NFL organizations have to make notable improvements to their rosters. The trade deadline passed several weeks ago, and there are hardly any true impact players on the free agent market. Well, that is except one: Odell Beckham Jr.

The nine-year veteran is in the final stages of his recovery from off-season surgery to repair a torn ACL suffered during the Super Bowl. And the three-time Pro Bowler is expected to receive serious interest from many of the top contenders in the league, including the Buffalo Bills, New York Giants, and Kansas City Chiefs.

Related: NFL standings – Find out who has the best record in the NFC and AFC

One team that has been open about their desire to acquire the former Giants and Los Angeles Rams star is the Dallas Cowboys, and it seems the team is expected to take a major step closer to signing the mercurial wide receiver soon.

Dallas Cowboys owner Jerry Jones and quarterback Dak Prescott have publicly admitted a desire to add Beckham Jr. for a playoff run in the coming months. Well, the team boss and superstar QB will have a chance to throw a pitch the receiver’s way in the near future.

On Thursday, FOX Sports NFL insider Jay Glazer revealed that Jones confirmed the organization and Odell Beckham Jr. are set to have a meeting in Dallas on Dec. 5. 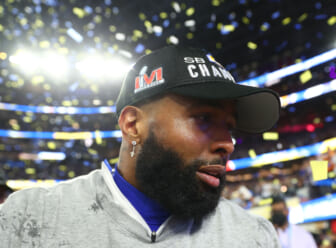 While that has to be exciting news for Cowboys fans, Beckham Jr. is expected to go on a bit of a recruiting tour of interested teams in the coming weeks, including a chat with his former team the Giants.

If the ‘Boys can add the talented wideout, he would join CeeDee Lamb — who looks headed to a second straight Pro Bowl — and Michael Gallup.