Winners and losers from Day 1 of British Open

The British Open was not decided on Thursday. But Day 1 of The Open Championship at Carnoustie did provide plenty of winners and losers.

Kevin Kisner wasn’t necessarily a favorite coming in. But after one day, he finds himself looking down at the rest of the field.

Conversely, Dustin Johnson was on a short list of favorites. But DJ finds himself looking up at many players on the leaderboard. On the other hand, the day was much kinder to other golfers in the top-10. Carnoustie also seemed to have a soft spot in its heart for South Africans, as a trio of them are right in the mix.

Both of the year’s previous major champions are over par after 18 holes. Even still, the feelings around the opening rounds of Patrick Reed and Brooks Koepka are much different.

The first round at Carnoustie left many varying emotions for the players in the field. These are the most notable winners and losers. 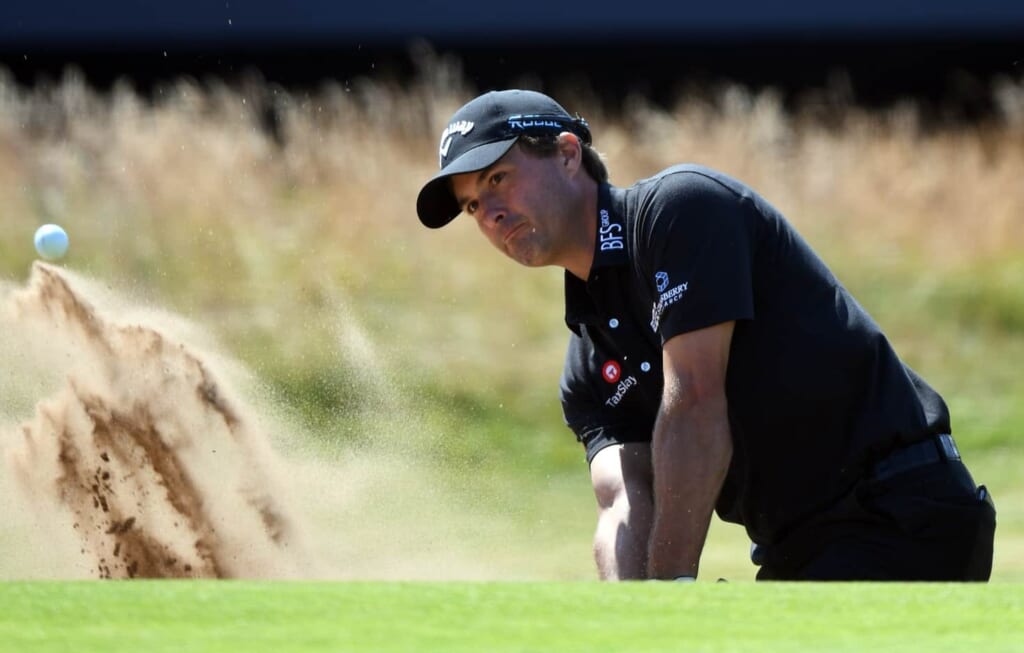 Fittingly, we start with the leader. Kisner looked awfully good on Thursday. He made four birdies, an eagle, and only one bogey. As a result, Kisner will sleep on the lead. What does that mean? Well, Kisner still has a lot of work to do to win the tournament. But entering the week, Kisner had only posted one top-10 finish at a major and his best Open finish ever was a T-54. A good opening round on its own won’t change that. But it’s a big step in the right direction.

Loser: Dustin Johnson turns bad round into disaster on 18th

The first 17 holes were rough for DJ. When he arrived at the 18th tee, he had made three bogeys against only one birdie. Then, things got worse. Johnson’s approach shot went out of bounds. He put his fourth shot on the green, but three-putted for a five-over 76. Johnson headed to Carnoustie as one of the obvious favorites. Now, it’ll take a good round on Friday for the No. 1 ranked player in the world to even play the weekend.

The first two majors of 2018 were quite memorable for Finau. He overcame a nasty ankle injury to finish T-10 at the Masters, then finished fifth at the U.S. Open. Now, he’s off to a great start at The Open Championship. Finau did make four bogeys on Thursday, but made up for that with eight birdies to card a four-under 67. He’s only one off of Kisner’s lead. Time will tell if he can improve on his first two major finishes from 2018. But certainly, Finau is off to a great start. 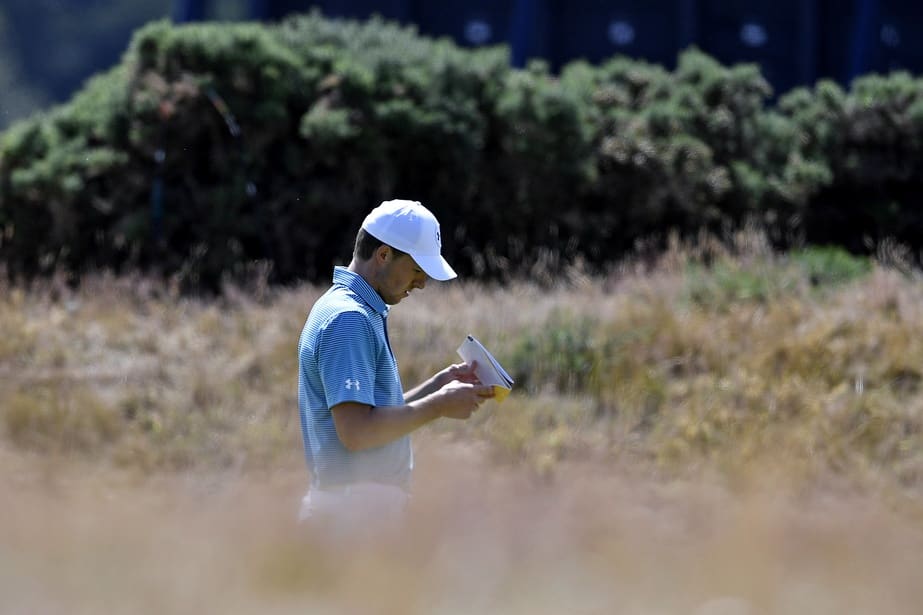 For much of his day, Spieth looked like he’d be a clear winner for the day. He stood on the 15th tee at three-under. But a self-described “brain fart” led to a double. Spieth followed that with bogeys on 16 and 18 to finish at one-over. Overall, the round wasn’t disastrous. Spieth is still well positioned to make the cut. But it’s going to take a fantastic finish for him to have much of a chance to defend his title. We can chalk that up to a poor finish.

Winner: Highly ranked players put themselves in the mix

Justin Thomas, Jon Rahm, and Rory McIlroy all came into Carnoustie among the clear favorites at the British Open. While Thursday was a disappointment for some of their fellow highly-ranked players, it was not for these three. Thomas, Rahm, and McIlroy each carded an opening round 69 to finish at two-under. That doesn’t mean that any will hoist the Claret Jug. But one day in, all three are right in the mix.

Like so many other big names, Reed couldn’t recover from a bad start. He made double on the second and bogeyed the fifth. Reed did seem to get on track with a birdie on six. But he made nothing but pars for the next nine holes, then bogeyed 16 and 18 to finish with a four-over 75. Reed’s had a fantastic major season in 2018, winning the Masters and finishing fourth at the U.S. Open. But it certainly looks like the British Open will be a much different story. 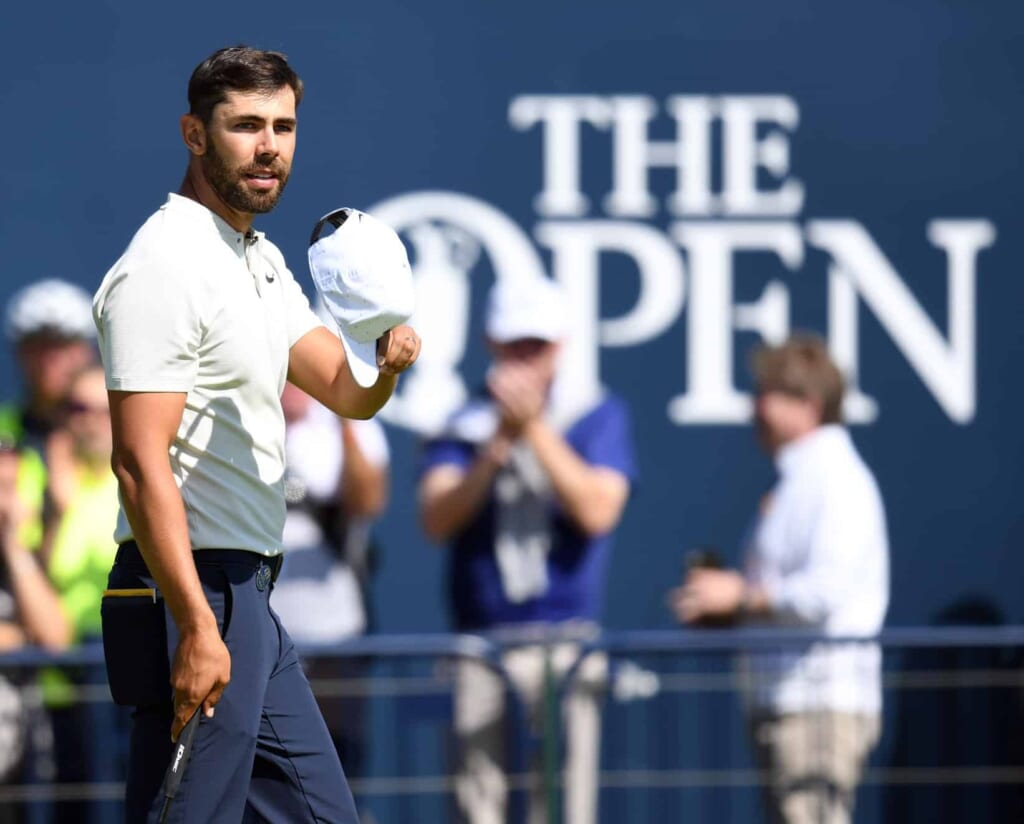 A total of six golfers are within two shots of Kisner’s lead. Three (Finau, Ryan Moore, and Brendan Steele) are Americans. The other three are all South Africans. Erik van Rooyen and Zander Lombard are tied with Finau for second, while Brandon Stone is tied with Moore and Steele in fifth place. Four South Africans, Bobby Locke, Gary Player, Ernie Els, and Louis Oosthuizen, have won The Open Championship. After one day, all three of these gentlemen are well positioned to become the fifth.

Hatton seemed like a formidable player coming into Carnoustie. He was the two-time defending champ of the Alfred Dunhill Links Championship. For an American equivalent, that would be like a two-time defending champ of the AT&T Pebble Beach National Pro-Am teeing heading into a U.S. Open at Pebble. But Hatton’s round didn’t go according to plan. He made four bogeys on the opening nine, didn’t make a birdie until the 18th, and finished with a three-over 75. It’ll take some nice work for Hatton to continue his Carnoustie magic.

Winner: Brooks Koepka grinds his way into the mix

Koepka and Spieth finished with the same score. But the way they got those scores feels so much different. While Spieth struggled mightily down the stretch, the two-time defending U.S. Open champion was fantastic. He stood on the 10th tee at five-over. But Koepka bounced back well, coming in with a 31, making only one bogey on the second nine. Koepka will have to get hot to get back into contention. But as we saw on Thursday, he’s quite capable.

Garcia nearly won the last time the Open came to Carnoustie. So, he was on a short list of favorites entering the week. After one round, that’s changed. Garcia made bogey on the first and really never got on track after, making only one birdie on the day. By the time it was all said and done, he had carded a four-over 75. Garcia entered the week having missed the cut in each of the last three majors. Barring a fantastic round on Friday, a fourth-straight missed major cut is in the cards.

We concede that on the surface, being five back after the opening round doesn’t seem like anything to write home about. But this is where perspective is important. Tiger struggled in the first round at Augusta and while he made the cut, was never in the Masters. Then, a disastrous opening hole essentially took him out of the U.S. Open before it really got going. Tiger has a lot of work to do if he’s going to contend. But Thursday was a definite positive for him.