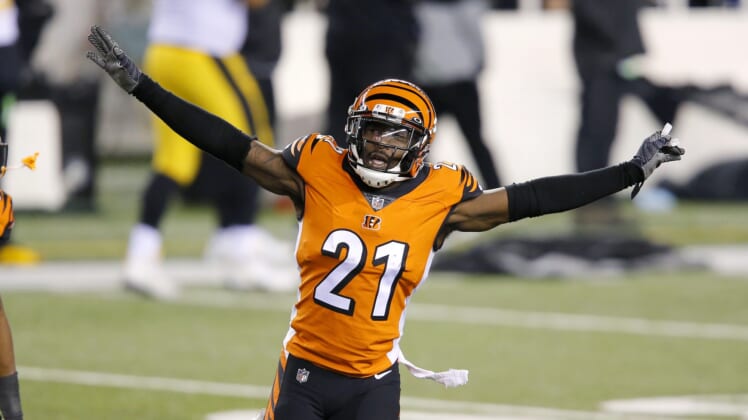 Former Cincinnati Bengals cornerback William Jackson III is getting a fresh start with the Washington Football Team in free agency.

The reigning NFC East champions managed to lure Jackson away from Cincinnati with a soon-to-be-official three-year contract.

ESPN’s Adam Schefter reported the deals of the big payday, as the Bengals lost their two most valuable free agents in Jackson and Carl Lawson:

Jackson is a legitimate No. 1 cornerback, so it’s not surprising that Cincinnati didn’t feel the need to pay him big money and let him walk, nor is it a shock to see Washington smartly spend on him.

To be fair, though, as Sports Illustrated‘s Albert Breer pointed out — in addition to providing more context to Jackson’s contract — the Bengals were prioritizing depth over paying Jackson, and did replace Lawson with New Orleans’ Trey Hendrickson:

But back to the topic at hand, and what Jackson’s signing means for Washington.

While the Football Team’s defensive front gets plenty of deserved praise, they’re quietly building an outstanding secondary that’s still on the younger side. Between Jackson, Kendall Fuller and Landon Collins, there’s an excellent trio back there.

Fuller and Jackson ranked third and fourth respectively in Pro Football Focus’ player grades among cornerbacks in 2017 and have maintained stellar form in the few years since. They’ve never played with so much front seven talent, or a top-flight fellow corner complementing them, though, so this has the makings of something special.

Since Washington is likely out of range to land a top quarterback prospect in the 2021 NFL Draft, the front office could well add either the best safety prospect in the class, or focus on getting another playmaker at receiver opposite Terry McLaurin.

Even with William Jackson III signing on the dotted line, though, the Football Team will still have plenty of salary cap space to play with as free agency continues. There are still some top-flight receivers on the market, so it stands to reason Jackson actually won’t be their biggest splash.

Veteran signal-caller Ryan Fitzpatrick agreed to join Washington as its probable 2021 starter, as he’s set to compete with Taylor Heinicke. The defense is plenty good enough for coach Ron Rivera’s club to repeat as division champs, but adding skill players needs to be the next main priority.