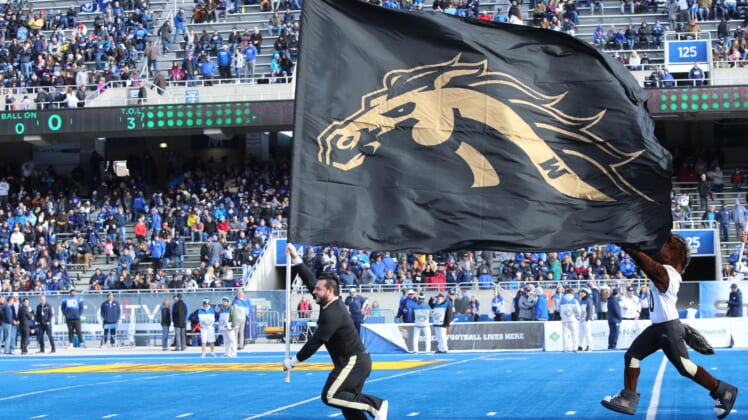 The first week of college football season has already provided some eye-popping catches and Western Michigan wide receiver Jaylen Hall might have just made the best with a one-handed touchdown.

Western Michigan’s sophomore wide receiver streaked down the sideline and found himself in tight coverage in the end zone. Quarterback Jon Wassink still trusted him to make a play on a heave into the end zone and Hall miraculously went into the air and made the one-handed grab before falling onto his back.

There have been a few impressive one-handed snags already this season, but Hall’s ability to make the leaping snag with tight coverage near him and maintain possession after hitting the turf is outstanding.

Plays like this will get Hall on SportsCenter and help him draw plenty of targets from his quarterback in the future. Hopefully, the best is yet to come for this young receiver.