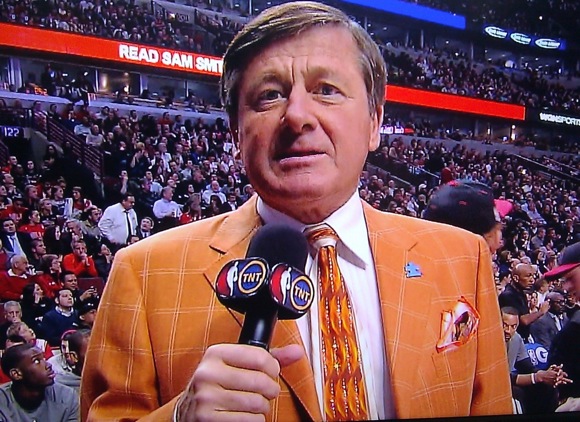 On Friday night, the Daytona Tortugas of the Cincinnati Reds minor league system celebrated the life and times of the late-great Craig Sager, who passed away back in December after a lengthy battle with cancer.

The event itself was dubbed “SagerStrong Night,” and current Sacramento Kings guard Vince Carter was on hand to throw out the first pitch.

BREAKING: Vince Carter is leaving the NBA for an MiLB career. #FakeNews. But how about that perfect strike?! #SagerStrongNight pic.twitter.com/oUlyQceP2a

Like a lot of his fellow NBA players, Carter himself was close to Sager. It’s awesome to see him take time out of his offseason to pay respects for a man who remains highly respected around the sports world.

And in case you were wondering, the theme of the night did include Sager’s iconic fashion sense.

As you can see above, the Sager family was also on hand.

Minor league teams run some pretty interesting promotions. A lot of them are gimmicks to get fans out. We can say for certain this wasn’t one of those nights. Good for the Daytona Tortugas and Vince Carter.