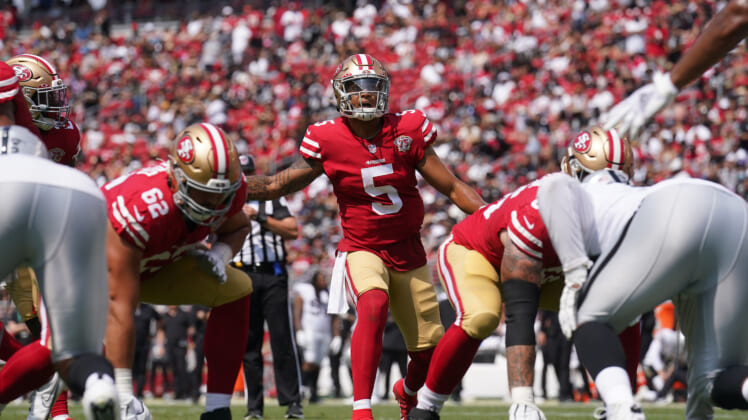 The first play resulted on a one yard run with Lance taking over for Jimmy Garoppolo. A few plays later after Garoppolo converted on a third down, Lance took to the field once again. On first and goal from the five, the No. 3 pick connected with Trent Sherfield on a five-yard score — representing his first regular-season touchdown pass.

We saw it late during the preseason with Trey Lance and Garoppolo splitting reps against the Las Vegas Raiders. There was no telling whether head coach Kyle Shanahan would continue that in Week 1. At least initially, it looks like he is.

There was a lot of talk about a non-existent training camp battle between Lance and Garoppolo after the former outplayed his veteran counterpart during the summer. Instead, San Francisco has opted to use both quarterbacks.

It makes sense in that Lance represents a dual-threat ability. We saw that first-hand with his initial regular-season touchdown pass.