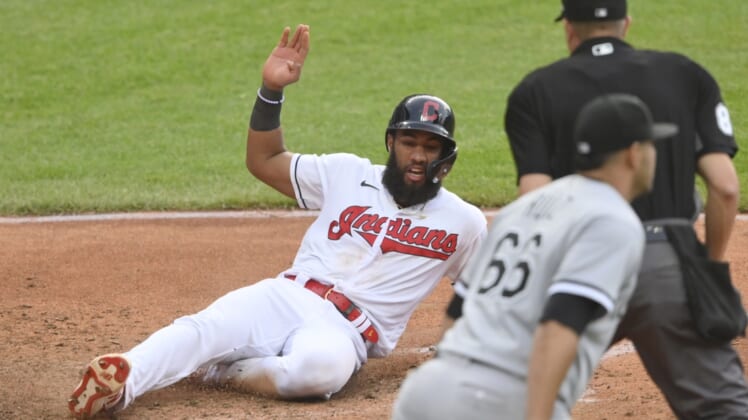 Austin Hedges’ two-run homer highlighted a three-run fourth inning and pitcher Shane Bieber completed seven innings, but the Cleveland Indians had to hold on for a 6-5 win over the visiting Chicago White Sox on Tuesday night.

Harold Ramirez had two hits with two RBIs for the Indians, who have won two straight after losing Monday’s doubleheader opener to the AL Central-leading White Sox. However, RBI singles from Chicago’s Zack Collins and Nick Madrigal made it a one-run game in the ninth. The White Sox then loaded the bases against Cleveland’s James Karinchak, but Jose Abreu grounded out to short to end the game.

Bieber (6-3, 3.08 ERA) was charged with two earned runs — all in the second inning on one play — plus five hits while walking two and striking out seven over 103 pitches.

Billy Hamilton stayed hot with two RBIs for Chicago, which has lost six of eight on the road. White Sox starter Dylan Cease (3-2, 3.79 ERA) entered with a sub-3.00 ERA, but was charged with all six Indians’ runs, plus eight hits over 3 1/3 innings — matching his shortest start of the season.

The Indians caught a few breaks to take a 2-0 lead in the bottom of the first. Amed Rosario singled to right field, stole second, went to third on a wild pitch off a dropped-third strike and scored on Josh Naylor’s infield single. Following a Cease balk, Eddie Rosario scored on another infield single, this time courtesy of Ramirez.

Chicago, though, scored three times in the second. With two out and two on, Hamilton tripled off the right-center field wall to tie the game. He then darted home to score on the same play after catcher Hedges lost control of the ball trying to tag out a sliding Collins at the plate.

Cleveland tied it at 3-3 on Ramirez’s two-out RBI single in the third. Then went ahead in the fourth as Bradley Zimmer singled and scored on Hedges’ homer onto the left-field porch. Jose Ramirez delivered an RBI double later in the frame.