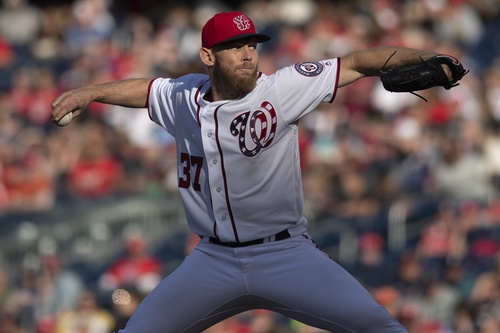 As has been the case throughout his career, the division-rival Miami Marlins found that out first-hand Wednesday.

Taking on the middle of Miami’s order in the fourth inning, Strasburg put up the first immaculate inning of his MLB career.

He threw nine pitches. All strikes. Resulting in three strikeouts. In order, the likes of Garrett Cooper, Neil Walker and Starlin Castro all went down.

Nine pitches. Three strikeouts. And the record books. If you don’t believes us, there’s video evidence to back up this claim.

Strasburg entered Wednesday’s action with 124 strikeouts in 109 innings. He added nine through the first 4.1 innings of the game. Whew.