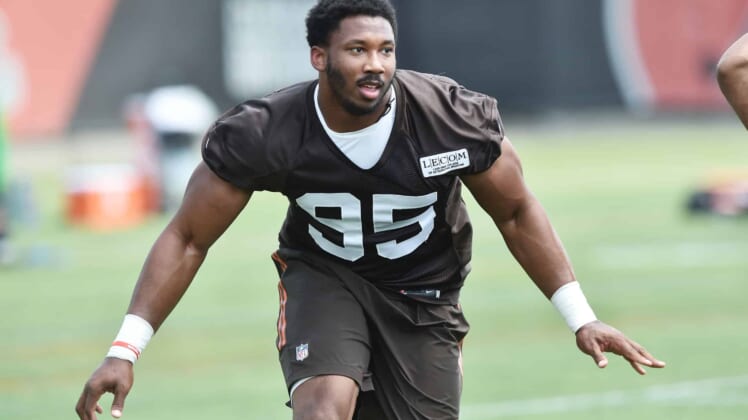 After missing the first four weeks of the season, No. 1 draft pick Myles Garrett showed the Cleveland Browns that he may be worth the wait.

On his first play of NFL action, Garrett came straight up the gut and brought down New York Jets quarterback Josh McCown for his first sack.

That’s certainly what the Browns want to see.

Thus far, the production of Cleveland’s 2017 draft class has been quite poor. Garrett making a big early impact can go a long way towards reversing that trend.