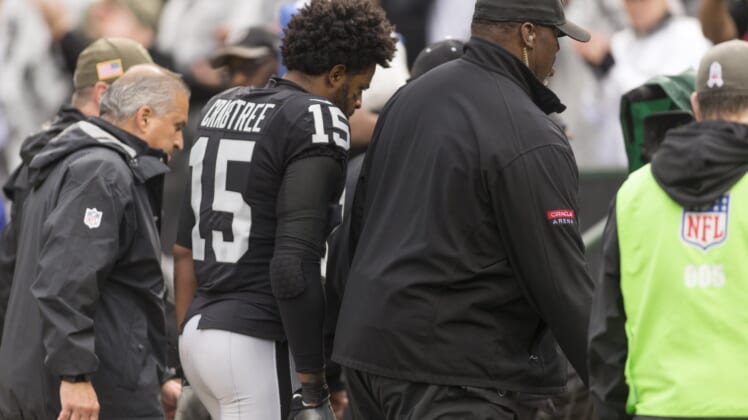 Easily the most notable moment to come out of the Oakland Raiders’ win over the Denver Broncos was the fight between Aqib Talib and Michael Crabtree.

While Talib’s supposed preoccupation with Crabtree’s chain appeared to spark the fight, Crabtree’s role wasn’t exactly innocent. Just one play before, Crabtree had an incident with Denver’s other corner, Chris Harris Jr.

Broncos CB Chris Harris, Jr. on Crabtree: "I guess his initiative was to come out there and fight today… He just sucker punched me (in stomach). I have never seen that in the NFL." Before Talib fight. "He came in there, was like *bam*, hit me right in the middle of the stomach"

The film backs Harris’ point up.

This is the punch in the gut Chris Harris Jr is talking about from Michael Crabtree. Harris was slow to get up. Happened the play just before the Talib chain ripping and ensuing fight. pic.twitter.com/hKGrsBRiDK

Harris added (per Troy Renck of Denver7) that Crabtree “didn’t come to play football. … He came to fight.”

Watching the fight (which you can do here), it’s clear that Talib wasn’t an innocent bystander. But it’s also clear that there’s plenty of blame to go around.