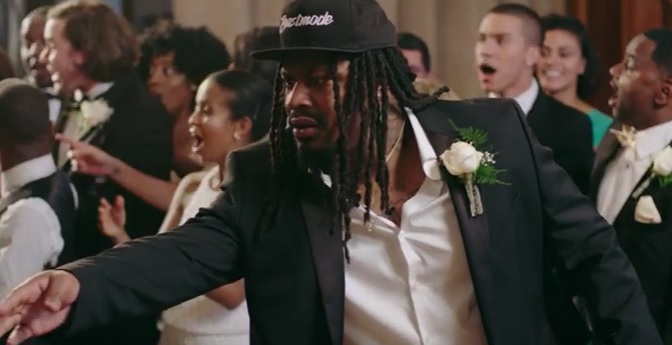 What does Marshawn Lynch have in common with George Lopez, Jim Breuer and Ken Jeong? They all appeared in Train’s “Drink Up” video.

It’s not a joke, typo, or hallucination. It’s a reality that we will all be forced to deal with in our own separate ways for the rest of our lives.

In the video, the three comedians, along with Train lead singer Pat Monahan were not invited to Lynch’s wedding and decided to crash the party.

So, the question is, why wouldn’t Lynch invite the quartet to his wedding? Evidently, Monahan texted a man in Lynch’s phone known simply as “COACH” with the Message “PASS! DON’T RUN!” with COACH obliging. We wonder what that could be referencing.

For such a corny video, we actually have to credit Lynch’s acting. We also hope for his sake that he got a nice check out of the deal.