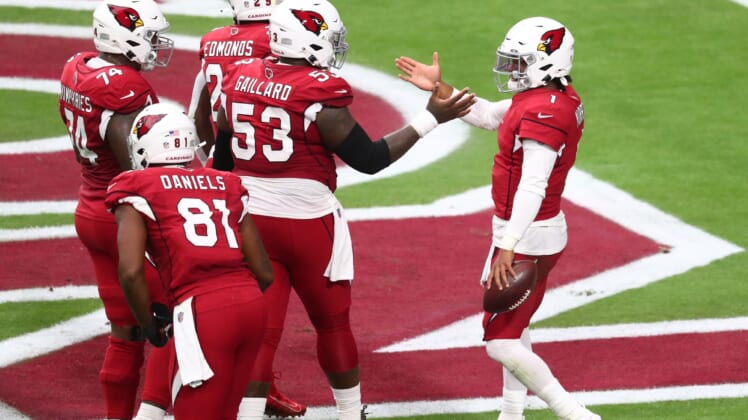 Kyler Murray and the Arizona Cardinals are coming off an impressive Week 1 win over the defending NFC champion San Francisco 49ers. It goes without saying that Week 2’s outing against a lesser Washington Football Team was unlikely to be all that competitive.

Murray more than made sure of that early on, including this amazing 49-yard connection with young wide receiver Christian Kirk.

That’s a great pass by Murray. However, it’s a much better catch from Kirk against veteran Washington cornerback Ronald Darby.

Arizona would ultimately open up a 20-0 halftime lead over Washington, outgaining its opponent 244-96 in the process. As we noted ahead of the season, Murray looks to be a legit MVP candidate as a sophomore.

Here’s a dude that’s coming off a 2019 campaign that saw him put up nearly 4,300 total yards with 24 touchdowns and just 12 interceptions.

Now that Murray has DeAndre Hopkins acting as his No. 1 receiver, he could very well be looking at leading Arizona to an NFC West title in 2020. That’s just how good the former No. 1 pick is.