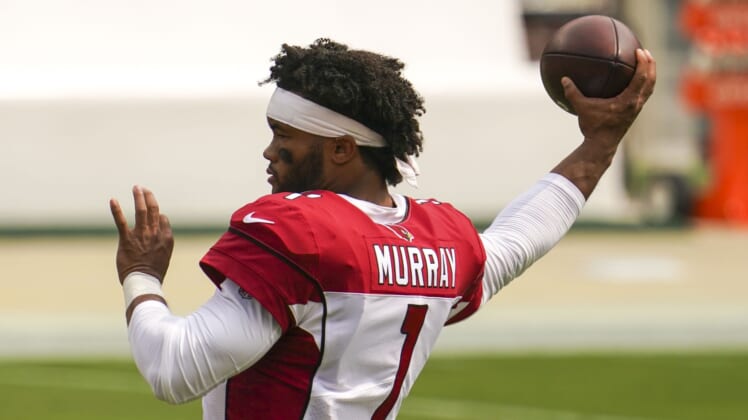 The San Francisco 49ers boast one of the NFL’s best defenses and Arizona Cardinals quarterback Kyler Murray just roasted it on a wild, go-ahead touchdown.

Early in the fourth quarter of Week 1, Murray put his game-changing athleticism on display in the clutch. Facing a second-and-long near the red zone, the second-year quarterback showed why blitzing him can backfire.

Against most quarterbacks, San Francisco’s pass rush likely gets home to record the sack or force a throwaway. Instead, Murray recognized a small opening and took off for a gorgeous 22-yard touchdown run.

We’ve seen some impressive throws from Murray in this contest, but there’s nothing like watching him run in the open field. Richard Sherman thought he might have an angle on the quarterback, but Murray cut away from the diving tackle and the rest is history.

There’s a reason Murray came into the season as a dark-horse candidate for NFL MVP. He’s got a rocket arm, an All-Pro receiver and can make jaw-dropping plays on the ground. Put it all together and you’ve got an NFL star capable of greatness.