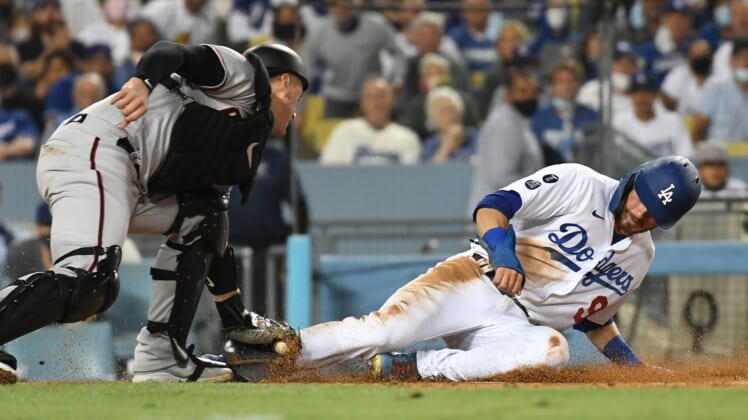 Clayton Kershaw pitched into the fifth inning during his return from the injured list and Justin Turner homered and finished with three RBIs as the host Los Angeles Dodgers opened a three-game series against the Arizona Diamondbacks with a 5-1 victory on Monday.

After missing more than two months because of left elbow inflammation, Kershaw came back to give up one run on four hits over 4 1/3 innings with one walk and five strikeouts. He threw an efficient 50 pitches in what was the first of as many as five starts in advance of the playoffs.

The Dodgers (92-53) won their fourth consecutive game to remain 2 1/2 games behind the National League West-leading San Francisco Giants. The Dodgers have not gained ground since Sept. 4 in their attempt to win a ninth consecutive division title, with the Giants on an eight-game winning streak.

Josh Rojas had two hits and an RBI for the Diamondbacks (47-97), who saw a modest two-game winning streak come to an end after they had lost six consecutive and 11 of 12.

The Dodgers continued their dominance over their division rival, winning for the 12th time in 14 games against the Diamondbacks while improving to 7-1 against them at Dodger Stadium. Right-hander Phil Bickford (4-2) pitched a scoreless inning in relief to pick up the victory.

Arizona was less than accommodating for Kershaw at the start of his return, taking a 1-0 lead in the first inning. Ketel Marte hit a one-out double to left field and scored on Rojas’ two-out single to center.

The Dodgers responded quickly, getting a leadoff double to left field in the first inning from Mookie Betts, who scored on Corey Seager’s single to right. Turner followed with a two-run double for a 3-1 advantage.

Turner hit a home run to left field in the seventh off Arizona right-hander Brandyn Sittinger for a 5-1 Dodgers advantage. It was his 25th home run of the season.