WATCH: Boston Bruins edge Capitals in yet another OT thriller 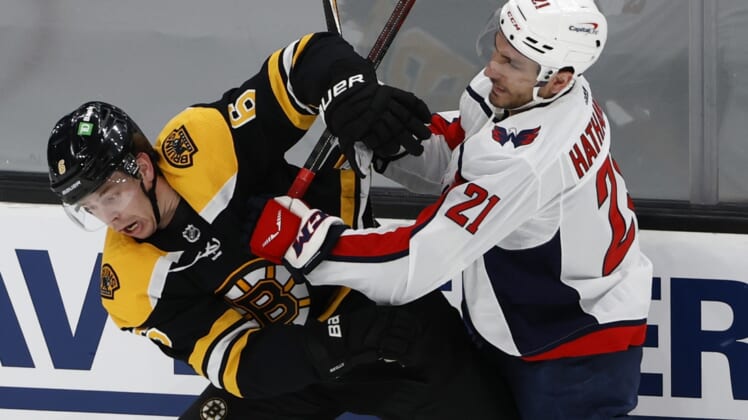 Boston’s Craig Smith took advantage of a momentary lapse from goalie Ilya Samsonov to score the winner 5:48 into the second overtime as the host Bruins defeated the Washington Capitals 3-2 in Game 3 of an East Division first-round series on Wednesday night.

Smith grabbed a loose puck behind the Capitals’ net and wrapped it around the left post and in before Samsonov could get back into position after stopping the puck’s momentum behind his goal. The goal gave the Bruins a 2-1 advantage in the best-of-seven first round series.

Taylor Hall and Brad Marchand each had a goal for the Bruins, who kept their momentum rolling after a 4-3 overtime win on the road in Game 2. Tuukka Rask made 35 saves for Boston.

Alex Ovechkin and Nic Dowd scored for the Capitals. Samsonov made his series debut in net after being activated from the COVID-19 list and made 40 saves for Washington.

All three games in the series have been decided in overtime. Each of the last 12 playoff games between the Capitals and Bruins has been decided by one goal, extending the longest such streak in NHL history.

Game 4 is Friday night in Boston.

Ovechkin put the Capitals up 1-0 on a power-play goal at 8:21 of the second after crashing the net and beating Rask high glove-side following Anthony Mantha’s pass from behind the net. 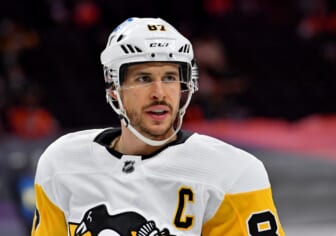 It was Ovechkin’s 800th career goal, regular season and playoffs combined, and his 70th in the playoffs, tying Steve Yzerman for 17th all-time in playoff tallies.

Hall tied it 56 seconds later for the Bruins after taking a no-look backhand pass from Craig Smith from the left circle, spinning in front of the crease and tucking it in a tight window past Samsonov.

Dowd’s goal with 1:45 left in the second period gave Washington a 2-1 edge. The center crashed the net and tipped in Garnet Hathaway’s pass from the left circle.

Marchand pulled Boston even again at 11:32 of the third, tipping in Patrice Bergeron’s pass in the slot from in front of the crease.

Veteran Craig Anderson started in net for the Capitals in Game 2 but was held out Wednesday for maintenance reasons. Washington was without starting goalie Vitek Vanacek for a second straight game after his early Game 1 exit with a lower-body injury. Lars Eller also sat out after a lower-body injury in Game 2.