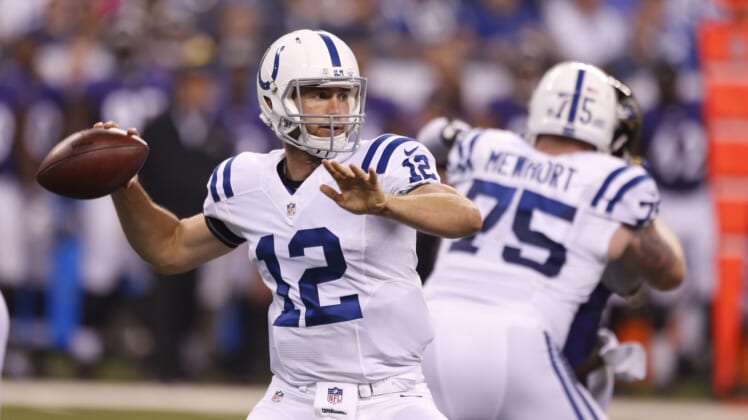 It finally happened. Andrew Luck has thrown a touchdown pass in an NFL game for the first time since the 2016 season, connecting with Eric Ebron Saturday for the score.

It was a gorgeous read, as Luck found the soft spot in San Francisco’s defense for the 15-yard score.

Luck, as you’re likely aware, was out the entire 2017 season due to the shoulder injury he initially suffered during the 2015 season. He’s been looking like his old self again this summer and through the first two preseason games, and now he’s finally thrown a touchdown against another NFL team.