The Washington Wizards could be closing in on their next head coach with Denver Nuggets assistant Wes Unseld Jr. reportedly emerging as the favorite.

The Athletic’s Shams Charania first reported the news a day after reports surfaced that Unself Jr. and Milwaukee Bucks assistant Darvin Ham were the front-runners for the gig.

Washington is replacing Scott Brooks, who it fired following a 34-38 season. Shortly after parting ways with the franchise, Brooks joined the Portland Trail Blazers as a lead assistant under new coach Chauncey Billups. 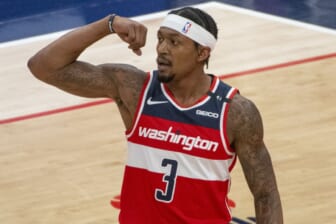 Also Read:
Bradley Beal would be foolish to sign contract extension with the Washington Wizards

If the Wizards move forward with the hiring, it would bring in a very familiar name to the organization. Unseld Jr’s father is Hall of Famer Wes Unseld, who starred with the Washington Bullets from 1973-’81 and he was with the team in Baltimore.

The elder Unseld later became the Washington Wizards coach, but was let go after posting a 202-345 record across seven seasons at the helm.

Wes Unseld Jr., an undrafted free agent in 1997, joined the Wizards’ coaching staff in 2005. It was a return home for the Maryland native and he stayed with the organization until joining the Golden State Warriors in 2011. 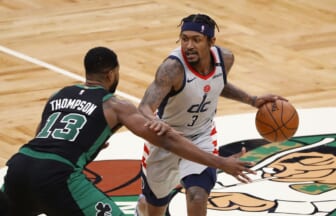 Around the NBA, Unseld Jr. is credited for his role in helping Nikola Jokic, Jamal Murray and Michael Porter Jr. develop. While the Wizards may intend to contend right now, the new coaching regime’s emphasis on player development could spark more rumors about a Bradley Beal trade this summer.