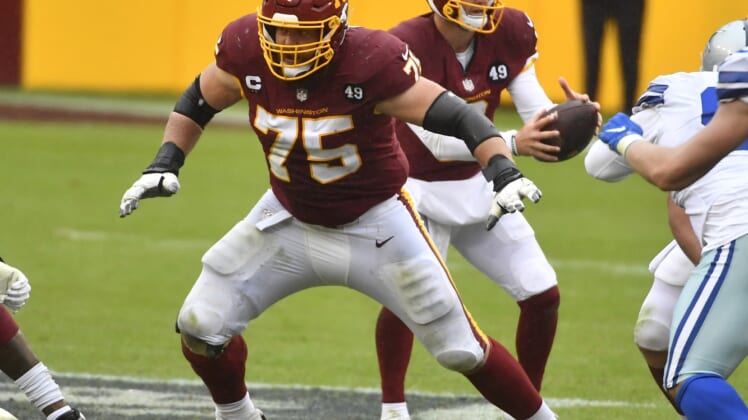 This seems to have come out of left field. The Washington Football Team had used the dreaded franchise tag on star guard Brandon Scherff last March. The former first-round pick ended up making just north of $15 million while earning All-Pro honors.

But given the financial issues around the NFL due to the COVID-19 pandemic, it stood to reason that Washington would left Sherff test the free-agent market in 2021. That’s not going to happen.

According to JP Finlay of NBC Sports Washington, the team has opted to once again place the tag on the four-time Pro Bowl guard. This is massive for a number of different reasons.

Given that this is the second consecutive year that Washington has made Scherff its franchise player, he will earn a whopping $18.04 million. All of that will count against Washington’s 2021 NFL salary cap. Financially speaking, this makes Scherff the highest-paid guard on a per-year basis by nearly $4 million.

For its part, Washington was $58.79 million under the cap before coming to this decision. It will impact the team’s ability to go after a quarterback to replace the recently-released Alex Smith.

Of course, Washington could come to terms with Brandon Scherff on a long-term extension ahead of the start of NFL free agency. There’s also a chance that new general manager Martin Mayhew opts to sign-and-trade Scherff. Other teams have thought about that thus far this offseason.

A top-five pick out of Iowa back in 2015, the 29-year-old Scherff was initially slated to play tackle. However, he seemed to be a better fit inside. After earning four Pro Bowl appearances in his first six NFL seasons, that became a reality.

It will be interesting to see what happens on this front moving forward. For now, Scherff is looking at earning a whopping $33-plus million over a two-year span at the guard position. That’s unprecedented.