The Denver Broncos sale will be the biggest in NFL history with the purchase price expected to exceed $4 billion. Now, with the field of ownership candidates already crowded, a new billionaire is reportedly joining the bidding war.

According to Josh Josman of the New York Post, Rob Walton is poised to make a bid for the Broncos’ sale. While any deal would need approval from the National Football League, Walton is reportedly viewed as the favorite to buy the team.

Walton inherited his fortune as the heir to Walmart. The 77-year-old is the eldest son of Sam Walton, who founded Walmart and Sam’s Club and opened the first Walmart on July 2, 1962.

Rob Walton is expected to submit an official bid worth north of $4-plus billion, offering the kinds of funds necessary to buy the team. He meets a key requirement for the NFL, able to submit a fully capitalized offer for the Broncos. 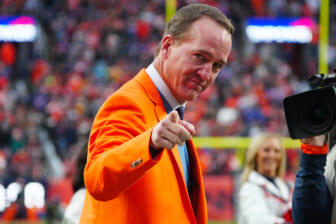 The NFL’s stipulation requiring any bid to be fully capitalized likely hurt some of the competitors. A group of professional athletes, businesses persons, software developers and accounts wanted to raise $4 billion as part of a crypto group. However, it’s not what the NFL is looking for and owners might not have approved the sale.

Entertainment Studios CEO Byron Allen was also believed to be vying for Broncos’ ownership, but his group is reportedly not expected to come out on top of the bidding war.

Robert F. Smith has long been mentioned as a candidate, with hopes around the league he would become the first Black majority owner of an NFL team. But there are conflicting reports on his level of interest and a deal seems unlikely.

At a time when the NFL faces mounting criticism for its lack of diversity in the coaching and executives ranks, selling a team to a billionaire who inherited his wealth likely won’t improve the league’s reputation. Ultimately, though, the NFL is prioritizing its business interests and Walton meets the financial criteria for a record-breaking purchase of the Broncos.