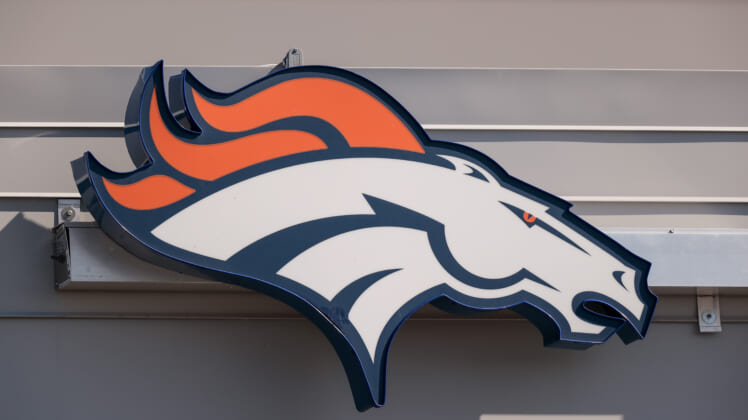 The Denver Broncos are officially up for sale this offseason with a bidding war that will set the record for the highest purchase price of an NFL team. Already featuring bidding groups that include a Los Angeles billionaire, Peyton Manning and John Elway competing against one another, another mogul is now in the mix.

Throughout the history of the National Football League, there has never been a Black majority team owner since the league’s foundation in 1920. With the Brian Flores lawsuit now putting the league’s lack of diversity and its broken hiring process under renewed scrutiny, commissioner Roger Goodell acknowledged the league has real problems at the highest levels.

With the Broncos up for sale, the discussion surrounding the lack of diversity among NFL owners is more prevalent than ever. Byron Allen, the founder of the Allen Media Group/Entertainment Studios, is prepared to enter the bidding for Denver’s NFL team with an opportunity to make history.

In the week leading up to Super Bowl LVI, Allen announced that he will be submitting a bid to purchase the Broncos this year.

“And after serious consideration, I strongly believe I can help effectuate positive changes throughout the league and for that reason, I will be making a bid for the Denver Broncos.”

Allen Media Group/Entertainment Studios founder Byron Allen on his plan to bid for the Denver Broncos, via Bloomberg

In terms of the purchase price, early estimates are the Broncos will sell for more than $4 billion. It could be almost double what Carolina Panthers owner David Tepper paid ($2.275 billion) for his NFL franchise in 2018. 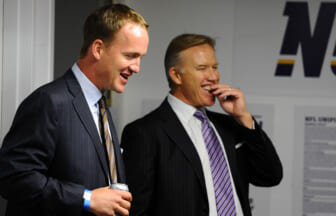 Why Byron Allen could land the Denver Broncos

Allen is very familiar with sports negotiations. He has been heavily involved in acquiring television rights and expanding, with the NY Post detailing his $8 billion pursuit to acquire Tegna after a $10 billion sports network deal secured him strong returns in 2019.

According to Bloomberg, Allen’s group will include prominent figures from Hollywood, Wall Street along with members of the sports and business world. A source close to the effort told Bloomberg that the group would put down approximately 75% of the price in liquid assets.

While money will be a crucial factor in determining who becomes the next Denver Broncos owner, Allen already has support inside the league. He shared that his decision to bid on the Broncos comes just a few years after Goodell and New England Patriots owner Robert Kraft encouraged him to buy a club.

“NFL commissioner Roger Goodell and New England Patriots owner Robert Kraft came to me in November of 2019 and asked me to take a good look at buying an NFL team.”

Allen’s reported efforts to add former professional athletes to his group is notable. Manning wants to be involved in the bidding and partnering with the media mogul could be one of his best shots at becoming a part-owner. Goodell, Kraft, Dallas Cowboys owner Jerry Jones would likely see a group featuring Allen and Manning as an opportunity to both increase revenue, improve the league’s image and help a football legend enter the next stage of his career.