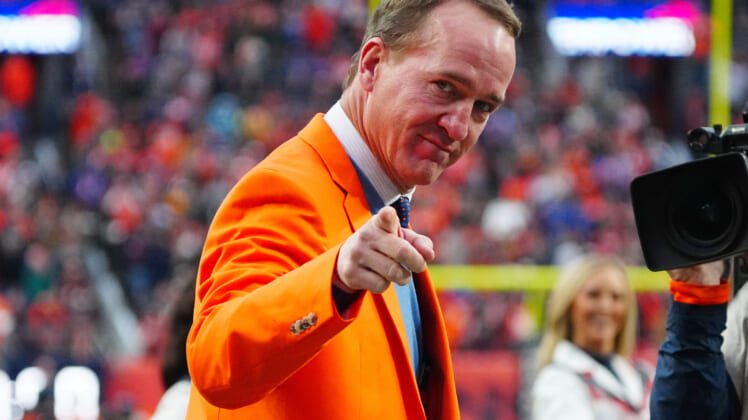 The Denver Broncos sale will go down as the biggest in the history of professional sports. At a time when the National Football League is generating record-setting revenue every year, becoming an NFL owner is the most coveted opportunity among billionaires.

Denver’s NFL team officially went up for sale this winter, following the final legal hurdle being cleared after a prolonged court battle. The ruling stemmed from a legal fight after late Broncos owner Pat Bowlen left control of the team to a trust in 2014 before passing away five years later.

While bidders for the sale are just coming forward, the final deal is expected to come at a record-setting cost. Just a few years after David Tepper purchased the Carolina Panthers for $2.275 billion, the most ever spent on an NFL team, the Broncos will likely net offers at $4-plus billion this year.

With that in mind, let’s examine five potential candidates who could buy the Denver Broncos.

Larry Ellison, one of the richest people on earth, has a well-known passion for sports. He’s wanted to own a pro team, especially after his efforts to buy the Golden State Warriors fell short. In fact, three different attempts to buy NBA franchises have all not crossed the finish line. Unlike other potential buyers, Ellison could also easily afford to buy the Broncos on his own.

Owning an NFL team would be lucrative for Ellison, even if the franchise is located in a state where he doesn’t currently own a mansion. He would instantly become the wealthiest NFL owner, giving him immediate authority in a league that will soon generate $17-plus billion in revenue. For a man who has found success in nearly every venture, running the Broncos could provide him with even more status and deliver some excitement for a sports fan.

The NFL has never had a Black majority owner and that’s something league officials would like to change. Both Robert Kraft and NFL commissioner Roger Goodell have encouraged Byron Allen to bid on a team when one became available. Now, the CEO of Entertainment Studios is planning to do that very thing. 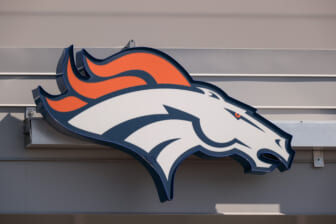 Allen doesn’t have the assets to buy the Broncos on his own. However, he’s already putting together a group of celebrities, former athletes and prominent figures in Wall Street to submit an offer. Depending on who else is part of the group, Allen could be exactly who the NFL is looking for in this Broncos sale.

When Bill Shaikin of the Los Angeles Times reported that Los Angeles billionaire Alec Gores is interested in buying the Denver Broncos, fans were worried. An investment group with strong ties to California seems like a threat to relocate the franchise. However, Denver isn’t a market the NFL wants to leave.

Gores, who has a net worth of $2.7 billion, will be partnering with a three-man group that has an estimated portfolio worth $10 billion. It falls right within the range of the liquid money and assets necessary to purchase a team.

There also shouldn’t be any concern about relocation. Denver is the 16th-largest media market in the United States, with NFL cities all making up the top-15. Gores wants to make money and being owner of Denver’s NFL team is an easy path to essentially printing cash every year.

For those concerned about future relocation and wanting a Denver Broncos owner with ties to the region, Charlie Ergen is the answer. While he grew up in Tennessee, the chairman of Dish Network and EchoStar Corporation lives in The Village at Castle Points, Colorado. Furthermore, he is a noted sports fan and has stuck around Colorado for years.

Purchasing the Broncos would be the perfect opportunity for Ergen to put even more roots in Colorado and become an even bigger icon in Denver. Plus, his familiarity with television would likely offer some appeal to the NFL for future negotiations with networks. 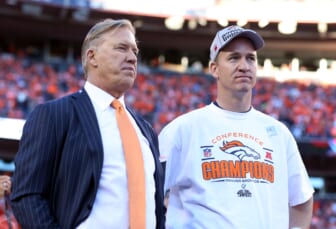 Peyton Manning made a lot of money in his career and that’s not even including his paid sponsorships and investments. However, a $250 million net worth won’t be nearly enough to be directly involved in the bidding for the Denver Broncos. With that said, he could take an approach like Derek Jeter.

When the Miami Marlins sold for $1.2 billion, Jeter bought a 4% stake in the franchise and was named CEO. Given Manning’s interest in NFL ownership and being involved in the front office, it makes sense to pursue that same kind of deal. While a billionaire would be covering most of the sale price, using Manning as the face of an ownership group would be a huge advantage to gain the NFL’s approval.