Wake Forest would like a repeat in many ways when it plays the second game of its season Saturday afternoon.

Levels of improvement would be welcomed as well.

“I think next week it will be better,” quarterback Sam Hartman said, noting the upgrades can develop after reviewing the opening game. 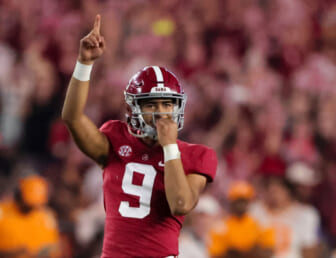 And, like Old Dominion, Norfolk State didn’t play a 2020 season, so again this is an opponent for Wake Forest who’s really just trying to find its footing again.

In Wake Forest’s 42-10 triumph to begin the season, there were so many things that were on the positive side. Now it’s a matter of duplicating some of them and becoming more consistent, coach Dave Clawson said.

“There’s clearly some things we have to get better at,” he said. “It’s that everlasting quest to develop a lot of depth.”

The Demon Deacons spread out their production. Christian Beal-Smith scored two touchdowns, and he established himself as the go-to tailback in the Old Dominion game. Hartman threw a trio of touchdown passes, while Ja’Sir Taylor returned a kickoff for a touchdown.

First-year coach Dawson Odums of Norfolk State watched his team fall 49-10 in the opener Saturday at Toledo. This week’s game will mark the second in a row with the Spartans playing up a division in competition.

The early exposure is bound to be beneficial for the Spartans.

“All eyes are going to be on our program, and we understand that there’s no pressure,” Odums said.

Norfolk State quarterback Juwan Carter is in his fourth season, and he was dubbed the co-Preseason Player of the Year in the Mid-Eastern Athletic Conference. He threw a touchdown pass and was intercepted once in the opener.

Norfolk State will need to clean up special teams. Twice, punts were blocked, with Toledo players returning each of those for touchdowns.

This will be the first meeting between Norfolk State and Wake Forest. The Spartans are 0-14 all-time against Football Bowl Subdivision opponents.