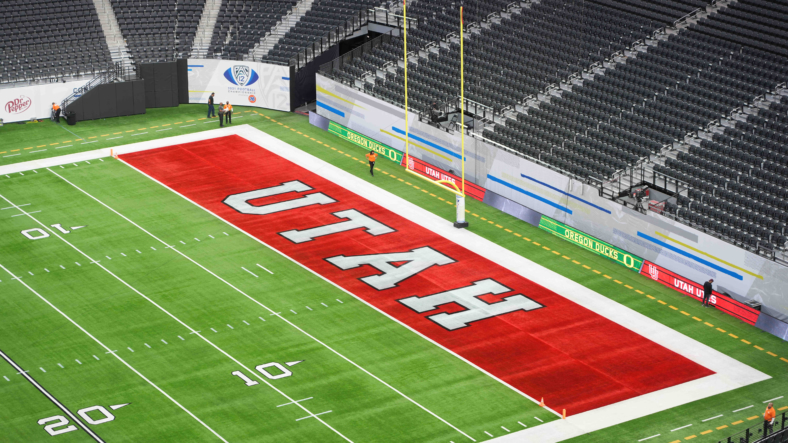 A student allegedly threatened to cause a major nuclear event if the Utah Utes football team did not beat San Diego State in their Week 3 matchup.

On Thursday, KSL.com reported the news that police arrested a 21-year-old University of Utah student after she made a post on the Yik Yak app where she claimed — via the police report — that “if the football team did not win the game, [she] was going to detonate the nuclear reactor that is located in the University of Utah causing a mass destruction.”

Related: College football picks against the spread in Week 4

After identifying the woman, and bringing her in for an interview, police officials arrested the student Wednesday and booked her into the Salt Lake County Jail for making terroristic threats. According to jail records, the woman was reportedly released the same day. Police Chief Jason Hinojosa said in a statement that while the post was supposedly just a joke, local officials had a “zero-tolerance” policy for such threats.

It seems that University of Utah students enjoy using explosive threats to make a point. Several weeks ago, a 19-year-old male student also threatened to detonate a bomb at the campuses Spencer Fox Eccles Business Building. That student, who also made their threats through a post on Yik Yak, too claimed the threat was all in good fun and not a serious warning.

The 13th-ranked Utes moved to 2-1 with their win over San Diego State this past weekend. Star quarterback Cameron Rising threw for 224 yards and four touchdowns on the day.