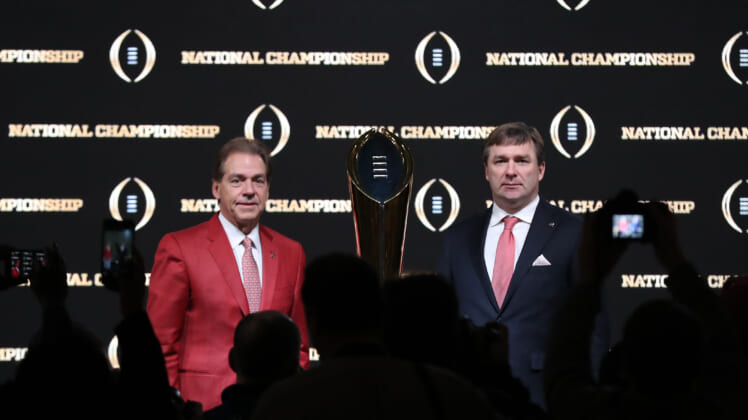 It’s time for the Week 14 edition of college football picks against the spread. As our weekly series in this wild 2021 college football season draws to a close, it’s time to make our picks for conference championship weekend.

For our breakdown of that game and the other best college football picks for Week 14, continue reading — and see all our bets for conference championship week, with game lines courtesy of BetMGM.

Let’s dive into our predictions for college football championship weekend.

The UTSA Roadrunners’ dream of a perfect season ended brutally in Week 13, losing 45-23 to North Texas. In that meeting, star quarterback Frank Harris left with an injury and didn’t return. Fortunately, he’s expected to play in a Conference USA Championship Game matchup against Western Kentucky.

There’s a reason the point spread in this contest is extremely high. UTSA averaged 36.9 points per game this season, with 40-burgers in five of their 11 wins. Western Kentucky’s offense is one of the best in college football, averaging 43.4 points (8th in FBS) and 422.8 passing yards (1st in FBS) per game. Needless to say, there will be touchdowns.

The Hilltoppers match up fairly well against UTSA. During the regular season, Western Kentucky allowed just 3.7 yards per rush and 145.7 rushing yards per game, so they won’t be dominated by standout running back Sincere McCormick. But Western Kentucky’s offense has an advantage, facing a Roadrunners’ secondary that ranks 100th in yards per pass attempt (8.2). Both teams should easily put up 30-plus points, but we give the edge to WKU. 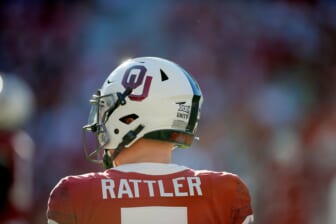 We’re not expecting a repeat performance of what transpired in Utah. In a matchup that shot down the Ducks’ playoff hopes, the Utes converted an absurd 78.6% of their third-down attempts and took a punt 78 yards to the house. Everything going right doesn’t happen twice, especially since this won’t be played at Rice-Eccles Stadium.

With that said, Utah is winning this matchup. Oregon is dependent on its rushing attack carrying it to victories, demonstrated by this team ranking 18th in rushing yards per game (214) and 36th in rushing play rate (56.81%). The Utes’ defense, which allowed just 76.3 rushing yards per game over the last three weeks, held the Ducks to 63 yards on 23 carries. On the other side, the Utes’ powered through Oregon’s front for 208 yards.

Oregon can win with physical football, we saw that months ago against Ohio State and it was also evident in the Civil War win. But the Utes are just a better football team and playing more consistently as of late, which leads to a convincing win and a Pac-12 conference title.

The Big 12 Championship Game might not feature marquee programs like the Oklahoma Sooners and Texas Longhorns, but it’s going to be a battle on Saturday. It’s also fitting that Baylor gets a rematch against the team that left a blemish on Dave Aranda’s resume.

In that Oct. 2 meeting at Boone Perkins Stadium, Oklahoma State took a 14-0 lead into halftime. Baylor fought back, making it a 17-14 deficit late in the fourth quarter, but three consecutive drives stalled and wiped away a potential comeback. One important stat from that game, the Cowboys one despite a -3 turnover margin.

It’s important to keep that in mind, given the Cowboys’ positive turnover differential and that they averaged just 1.1 giveaways per game this season. But there’s also an element working in Baylor’s favor. Oklahoma State quarterback Spencer Sanders has eight interceptions this season, six against ranked opponents. This should be a close game, but the Cowboys are further along than the Bears and that experience gives them a slight edge.

As the Utah State Aggies prepare for the Mountain West Championship Game, their game plan should not give much thought to the running game. This isn’t a run-oriented offense to begin with, ranking 70th in rush play rate (51.9%) but it’s even more ill-advised against San Diego State. In the regular season, the Aztecs’ run defense ranked second in the country (78.7 ypg allowed) and allowed the fourth-fewest yards per rush (2.6).

That leaves Aggies’ quarterback Jordan Bonner, who completed just 51.2% of his passes in Utah State’s lone matchup against a top-25 team, to take on the weight of this offense. But even that is asking for trouble, given San Diego State allowed the ninth-lowest average passer rating (112.9) and the 15th-lowest completion rate (55.9%) to opposing quarterbacks.

All of this doesn’t bode well for Utah State. While the Aztecs’ offense isn’t explosive and its rushing attack lacks a clear leader, this offense rarely turns the ball over and its defense creates opportunities. This will be a low-scoring, but decisive victory for the Mountain West Conference champions.

It’s tempting to take the Alabama Crimson Tide as the underdog, especially when the SEC Championship Game spread believes they lose by a touchdown. Nick Saban’s team will be motivated, there is a spot in the playoffs at stake, but this matchup just doesn’t look promising.

At wide receiver and quarterback, Alabama boasts the talent to make plays against the best defense in college football. But Georgia’s pass rush is the real concern. The Bulldogs enter the SEC Championship Game ranked sixth in sack rate (10.27%) and far worse defensive fronts had little trouble slipping by Alabama’s offensive line.

We also haven’t seen offensive coordinator Bill O’Brien really handle things well. He’s going to be out-coached against Georgia, especially when factoring in Alabama’s weakness vs. Georgia’s strength. Ultimately, that leads to a projection where Bryce Young is pressured all game and just doesn’t have time to make the plays that make him the Heisman favorite.