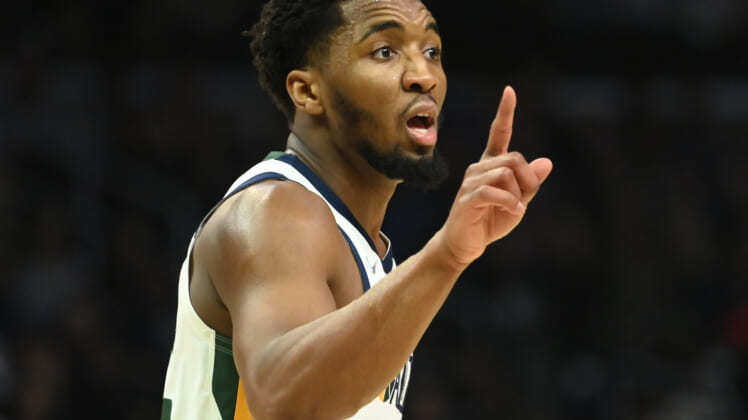 If it wasn’t clear before, it seems that Utah Jazz is in rebuild mode, and that could, or could not include star Donovan Mitchel based on new comments from the team’s general manager Justin Zanik.

When the Jazz decided to trade three-time All-Star Rudy Gobert last week, the deal was not met with shock. It had long been rumored and was expected at that point. However, what did surprise NBA observers was Utah’s return being built around future first-round picks as opposed to win-now talent.

It was something Gobert recently spoke about, as he claimed he felt that the organization believed that the team as currently constituted had gone as far as it could. “The window for winning is not always big. … I think the organization felt like we had maybe passed that window. … I think they just felt like, with the assets that they could get with me, it was better for them to go that way,” Gobert said earlier this week.

In a press conference to introduce some of the players they acquired from the Minnesota Timberwolves for Gobert, the team’s GM confirmed his former center’s opinion and said the team would now “recalibrate” for the long term. “We fell short, so we need to recalibrate and try to go and open up the next window, and hopefully it’s a long one. We’ve got work to do to start that,” Zalik said this week [h/t Tim MacMahon]

With the organization seemingly in a rebuild mode as they cultivate draft assets instead of another NBA star to pair with Donovan Mitchell, Zanik was asked if that means the three-time All-Star will stay so the roster can be built around him. However, while the general manager did not say the team was actively looking to move Mitchell, he certainly left the window wide open for that possibility in the near future.

Mitchell is signed for four more seasons, with the final year being a player option.