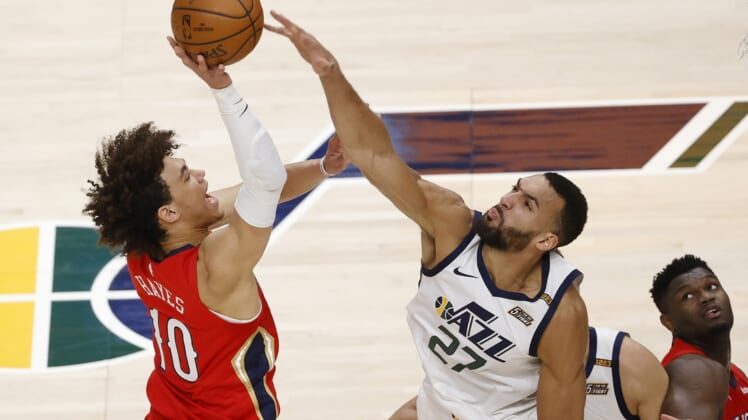 Mitchell made 11 of 19 field-goal attempts and drained 6 of 8 from 3-point range. He displayed a form reminiscent to his explosive first-round playoff series last year, when he averaged 36.3 points vs. the Denver Nuggets. With his fifth 3-pointer of the night, the All-Star guard became the fastest player in NBA history to reach 600 treys, getting there in 240 games.

Zion Williamson had 27 points for the Pelicans, who lost for the seventh time in eight outings. Brandon Ingram scored 20 of his 23 points in the first half.

The Pelicans came out sizzling from beyond the arc, draining eight 3-pointers in the first quarter after only making six total on Tuesday in a 118-102 loss at Utah. The 43-31 lead marked the most points New Orleans had scored in any quarter all season.

Jaxson Hayes pushed New Orleans’ lead to 50-34 with a layup early in the second quarter.

That, however, was the beginning of the end for the Pelicans.

Georges Niang sparked an 8-0 run with a 3-pointer, and the Jazz took a 70-69 lead into the break with another 8-0 burst. Mitchell scored 21 first-half points while going 4-for-4 from long range.

The Pelicans finished the game without their head coach. Stan Van Gundy was ejected late in the third quarter after picking up his second technical foul for arguing with referees.