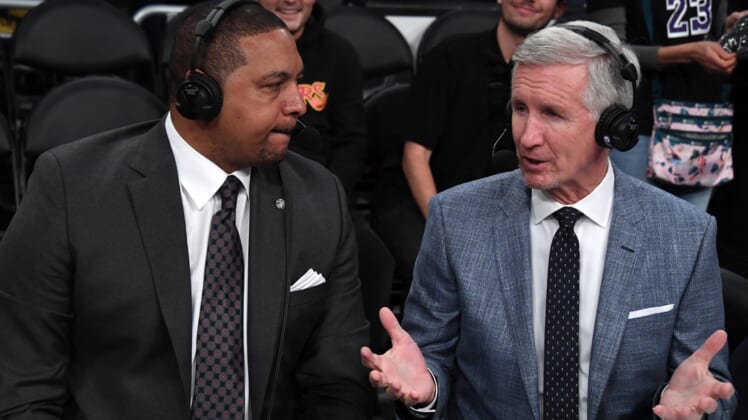 NBA viewership was up 34 percent this season across TNT, ESPN, and ABC through Monday’s games, the league announced Thursday.

There were 2.0 million average viewers through 27 games, compared to 1.49 million during a comparable number of games in 2019-20, according to Nielsen Media Research.

Viewership on NBA League Pass, the league’s live-game subscription package, was up 46 percent on MLK Day.

The NBA’s social media platforms have also generated record engagement this season, with a 201 percent boost in minutes watched over last season.