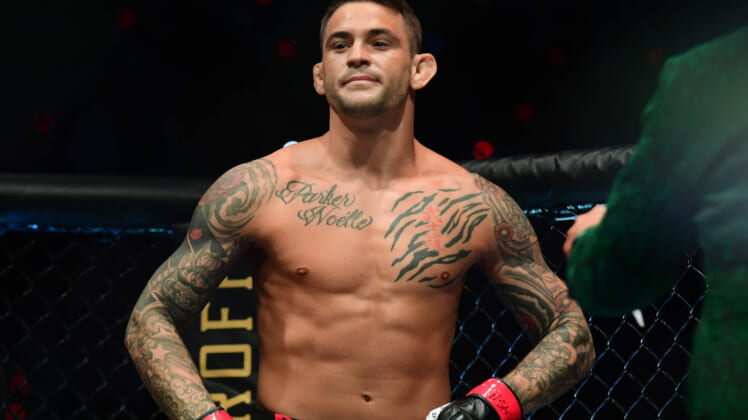 UFC 278 in August might include a rematch of the 2018 “Fight of the Year” between ranked lightweight stars Dustin Poirier and Justin Gaethje.

Poirier and Gaethje are both ranked in the top six of the Sportsnaut UFC lightweight rankings. Both are coming off championship losses to uncrowned division king Charles Oliveira. And both had been without a planned booking for the months ahead. That is until a new report claimed otherwise yesterday.

On Tuesday, mixed martial arts news outlet MMAUncensored posted on their social media accounts the news that Poirier vs Gaethje 2 is planned for the promotion’s UFC 278 pay-per-view card in Aug. The event is believed to take place in Salt Lake City, Utah on Aug. 20. However, the report claims the date will be on Aug. 27.

The differing dates between the fight news and previous reports on the event could be a sign to take the MMAUncensored post with a giant grain of salt or an indication that the card — which has not been officially announced by the organization — could take place on the 27th instead.

Why Poirier vs Gaethje 2 at UFC 278 makes sense

Following his UFC 269 main event loss to Oliveira, Poirier has suggested that his days at 155-pounds could be over, and a move to welterweight could be in the cards. However, such a change may not offer up the most optimal version of the former interim champion. A big-time bout at lightweight is a far more sensible idea for the 33-year-old.

A rematch with Gaethje, another one-time interim champion, is one of the biggest bouts that can be made in the division outside of a title bout or a booking that includes Conor McGregor. Despite their recent losses to both Oliveira and weight class GOAT Khabib Nurmagomedov, Gaethje and Poirier are two of the most popular fighters in the division and promotion. 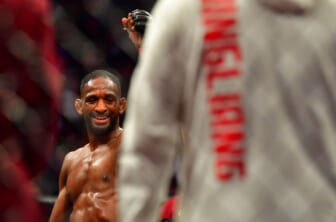 In an era where big fights must include big names more than ever, both men check off that box while being as close to a guarantee for an action-packed affair, considering their resumes and prior history. All of the above is exactly what the promotion looks for in PPV bouts and one that could likely headline an event. Just like it did in April 2018.