Twitter reacts to Grayson Allen getting away with blatant travel 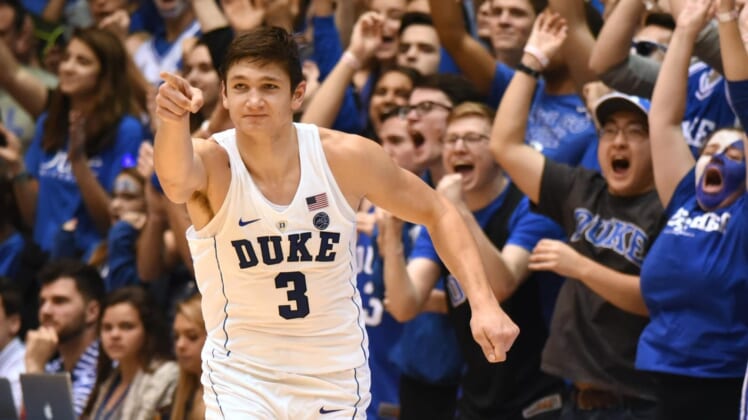 During the first half of Sunday’s Elite Eight game between Duke and Kansas, Grayson Allen got away with a blatant travel en route to a fast-break dunk.

Here’s a replay of the sequence, which shows Allen clearly took extra steps.

Grayson Allen doing it all for @DukeMBB! #MarchMadness #Elite8 pic.twitter.com/hvDPpTG8hW

Naturally, given how much everyone loves to hate Grayson Allen, Twitter was full of reactions to this play.

Good to see Grayson Allen getting away with the LeBron travel for the dunk.

Been watching to much NBA with the massive travel?

How do the refs not call a travel there pic.twitter.com/jkum9HRXv0

Being that this is such a tight game right now (three-point lead for Duke near the end of the half), we fully expect more of these types of reactions should the Blue Devils pull off a close win over Kansas.