Twitter reacts to Adrian Peterson being traded to Cardinals 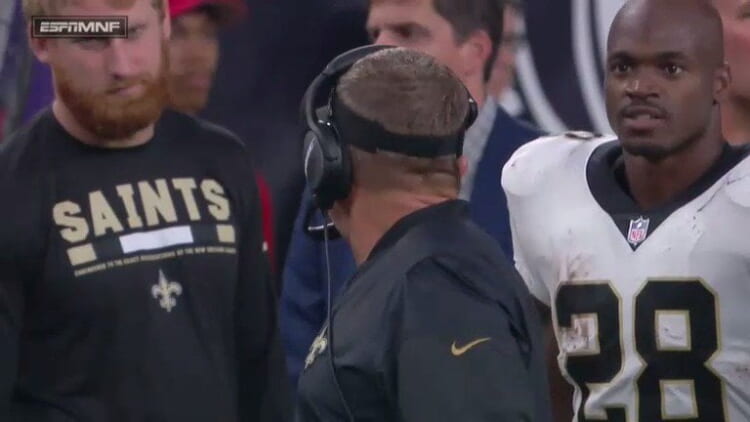 We got some breaking news on Tuesday that opened up eyeballs in a big way nationally. The New Orleans Saints sent running back Adrian Peterson to the Arizona Cardinals in a trade for a conditional draft pick.

The Saints were obviously not a match for Peterson. A trade to the Cardinals, who are struggling with their run game, could be the right fit.

Not surprisingly the folks on Twitter had plenty to say about this surprise trade.

First a Saint, now a Cardinal…next Adrian Peterson will be the Pope

Let's look back at Adrian Peterson's most memorable moment as a Saint. pic.twitter.com/281PXU8fX5

the Cardinals trading for Adrian Peterson, I don't get it. The team is old enough as it is. I'm absolutely convinced they're toast now.

Adrian Peterson traded to the Arizona Cardinals. Could be a good stash in deep fantasy leagues…

Adrian Peterson goes to Arizona…….the Cardinals are officially my pick to win the 2012 Super Bowl.

That the Saints got anything for him is a net gain. He has no explosiveness at all anymore.

Larry likes it, even if many on social media do not.

#Fitz is pretty psyched after seeing the news of the @AdrianPeterson trade! https://t.co/SsWJp4xiBw

Though, we wonder … what does Peterson himself think of being shipped out west?

Adrian Peterson walking to the RB film meeting when he found out he was traded to AZ.. pic.twitter.com/uLUmAiKtAm