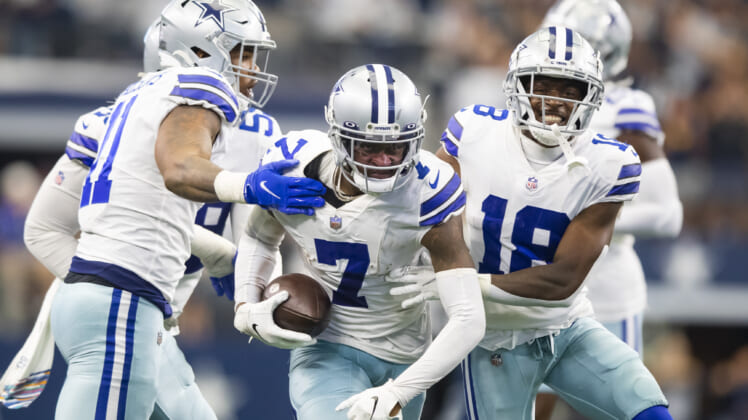 Dallas Cowboys cornerback Trevon Diggs had a streak heading into Sunday’s game against the New England Patriots. The second-year star from Alabama had at least one interception in each of the first five games of the season. That span saw Diggs record six picks.

Dallas needed him to step up with Mac Jones and the Patriots up 21-20 late in the fourth quarter and possessing the ball.

That’s when Diggs came down with his seventh interception of the season, returning it 42 yards for a touchdown and a Cowboys lead. It was absolutely insane.

As you can see, Jones led wide receiver Kendrick Bourne a bit too much on a slant route near the middle of the field. Trevon Diggs took that as an opportunity to pick the ball off and return it the distance for yet another interception.

It looks like we have an early NFL Defensive Player of the Year favorite.