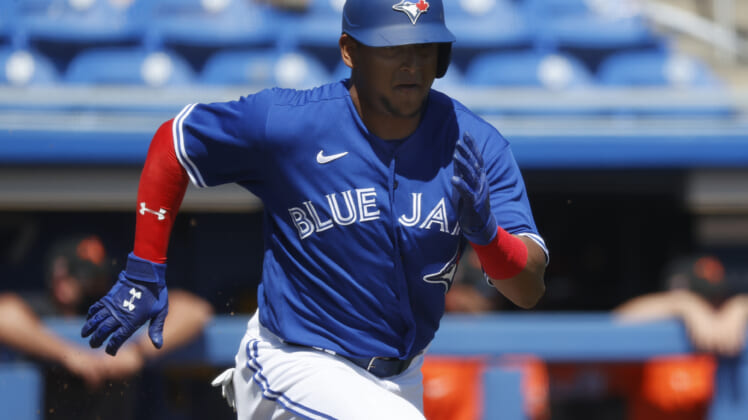 The Toronto Blue Jays have posted one of the best records in the American League in 2022, and their talented roster is expected to get even better this weekend with the promotion of the organization’s top prospect Gabriel Moreno.

On Thursday, MLB.com Blue Jays reporter Keegan Matheson broke the news that Moreno, a talent viewed as the fourth-best prospect in baseball, is set to join the big league club on Friday ahead of the team’s series against the Detroit Tigers. It’s unclear if the 22-year-old will make the start tonight, but he will be activated and on the roster for the series.

Gabriel Moreno was signed by the organization in 2016 out of Venezuela for just $25,000. He showed immediate potential during his inaugural Single-A season in 2019. However, he stormed to the top of prospect lists last year when he smashed opposing pitchers to the tune of a .373 batting average and eight home runs before a hand injury cut his season short.

Despite the team having successfully gone with a catcher by committee strategy to begin their 2022 campaign, they now have a need at the position with four-year veteran Danny Jensen hitting the 10-day IL and expected to miss a good bit off time.

Making the leap from the minors to the majors as a catcher is the most difficult transition in the sport. And it certainly will be trying for Moreno with a Toronto Blue Jays staff that has a wide variety of throwing styles. While he is likely to split time at DH, Moreno will need to get reps at the dish with the likes of Kevin Gausman, Jose Berrios, and Alek Manoah. So don’t expect to see the youngster serving too much time as a DH.

Learning curve aside, along with New York Mets catching prospect Francisco Alvarez, Moreno is one of the very best young talents in the entire sport at its important position. Part of the reason — as mentioned above — is because the kid can rake.

In 146 at-bats for the Buffalo Bisons in 2022, Moreno was hitting .323, with a .377 on-base percentage, a slugging percentage of .406, and a 23 runs-batted-in. While he only has one HR and won’t bring power to the lineup, he is more than willing to spray the ball to all parts of the field. Something that is not common in modern players, especially at catcher. 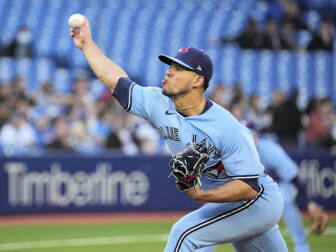 The former infielder has made significant strides as a catcher in a short amount of time because of two key characteristics. That is a desire to become a great player in the MLB, and his ability to deal with the pressure of the hype surrounding him.

“He wants to be great,” Buffalo manager Casey Candaele recently said [via MLB.com]. “He’s driven to do the things that he needs to do to get better. There are no problems. When I think of a kid who’s that age and has gotten so much publicity already, to be able to handle that is very difficult. To think that he has to go through that stuff and keep a sane mind, he does a great job of understanding.”

Blue Jays fans have another reason to be excited for the team’s games this weekend.