Toronto Blue Jays: Jose Berrios has to step up in wake of Hyun-Jin Ryu injury

Hyun-Jin Ryu, Jose Berrios and Kevin Gausman were supposed to headline an elite starting rotation for the Toronto Blue Jays. Instead, the 2022 MLB season has been cruel to the top of manager Charlie Montoyo’s rotation.

Berrios has struggled mightily out of the gate and Ryu suffered another elbow flare in his June 1 outing against the Chicago White Sox. Ryu was recently placed on the injured list and could be out for the foreseeable future.

Here’s why the Toronto Blue Jays need Berrios to pitch up to his billing now more than ever in the wake of Ryu’s elbow issues.

Jose Berrios can make up for Hyun-Jin Ryu’s absence

Berrios, 28, has a cunning delivery and pitch arsenal. He throws a menacing curveball while effectively deploying his four seamer and sinker. Berrios traditionally strikes out hitters at a high rate, pitches deep into games and brings a considerable amount of postseason experience to the table.

Toronto surrendered two blue-chip prospects in Austin Martin and Simeon Woods Richardson to acquire Berrios, who was a year and a half away from hitting the open market, from the Minnesota Twins at last season’s MLB trade deadline. They followed up that bold mid-season trade by extending Berrios on a seven-year deal in the offseason.

Toronto was behind in the American League Playoff race when it acquired Berrios and was no sure thing to make the playoffs this season given its stiff competition in the American League East (four teams in the AL East won 91-plus games last season). The Jays acquired and doubled down on Berrios because they viewed him as an impact, top-line starting pitcher.

Ryu was the backbone of this pitching staff. Berrios needs to fill his shoes.

Berrios is a savvy pitcher who Toronto has invested in for the long haul. While they surely want the pitcher to justify their investment in him, they also need Berrios to be a pillar because of the precarious nature of their rotation.

Gausman is the one exception to the precarious narrative concerning Toronto’s rotation. He has been one of the best pitchers in the sport this season and since 2020. The volatility stems from everyone else. As previously alluded to, Berrios has struggled and been a bit inconsistent in recent memory.

There’s little more, if anything, the Blue Jays could ask from 24-year-old right-hander Alek Manoah. He has been a force to be reckoned with and provided length. On the other hand, he still has just 31 MLB starts under his belt which may not lend itself to imminent postseason success. One also figures Manoah won’t end the season with a 1.81 ERA.

Yusei Kikuchi has had his moments across his four-year MLB career but also been inconsistent and given up a lot of contact. Ross Stripling is an excellent flex option but also a tad shaky as a starter.

To be clear: Toronto has a respectable rotation that can at least get them to the playoffs without Ryu. The issue is the volatile nature of those not named Ryu are highlighted with the ace on the mend. 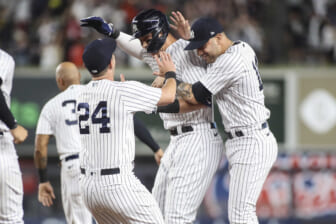 Toronto’s playoff and AL pennant aspirations come down to starting pitching. Yes, their offense has been strikingly anemic compared to the electric product they’ve put on the field in recent years. With that said, it’s feasible to expect the likes of Vladimir Guerrero Jr., Bo Bichette, George Springer, Teoscar Hernandez and others to pick up the pace as the season progresses.

The Toronto Blue Jays have continually experienced issues in the backend of their bullpen. Having a stellar rotation that provides length is the way a team can slightly alleviate that weakness. The pieces are in place for the Blue Jays to be such a unit. 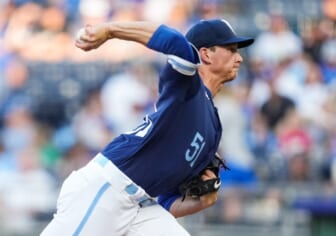 As dominant as he can be, Berrios is the poster child for the uncertain nature of this rotation without Ryu. This team doesn’t have margin for error. Why? The AL East remains loaded and the AL in general is deep.

Sticking in their division, the New York Yankees and Tampa Bay Rays have quite possibly the two best pitching staffs in the sport. Once dwelling in the cellar, the Boston Red Sox have risen and own a winning record after reaching the AL Championship Series last season.

Perhaps Berrios is one of the many MLB players off to a slow start due to the abrupt spring training generated by the offseason lockout? Two months into the season, though, the Toronto Blue Jays need the Berrios they signed up for. He’s their X factor the rest of the way.