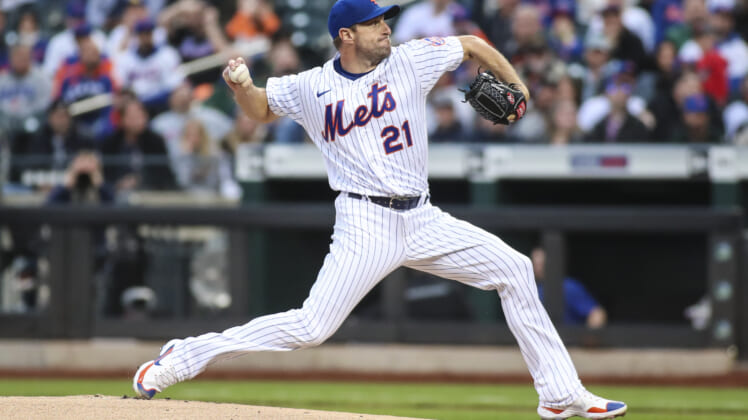 Major League Baseball is back and with a 162-game season, we’ll get to see some of the best starting pitchers in baseball taking the hill to try and push their teams into October. As part of our baseball coverage, we update our MLB rotation rankings every month.

Who has the best rotation in baseball? We’ll provide the answers with in-depth analysis of the top pitching staffs throughout the year. When big trades go down, Sportsnaut will examine how the move impacts the team and its starting rotation.

Bookmark this page throughout the season for monthly updates. Let’s dive into our MLB rotation rankings in 2022 after the first month of the season.

At this point, Chicago is staying alive in the MLB rotation rankings based on potential. Lance Lynn remains on the injured list, expected back in June and he is needed. The player most responsible for dragging this group down right now is Dallas Keuchel (8.40 ERA, .338 BAA). Even when Lynn returns, it might be sie for Chicago to bite the bullet and acquire another front-line starter.

While trading Nelson Cruz in July 2021 felt emotionally painful at the time, it might go down as one of the best moves the Minnesota Twins ever make. Joe Ryan, the top prospect acquired in the deal, turns 26 in June and is pitching like he’s ready to be Minnesota’s ace (1.17 ERA, .132 BAA). He’s not the only one getting the job done. Bailey Ober (2.75 ERA) showed a lot of promise before hitting the IL and Chris Paddack (0.61 BB/9) is showcasing improved command with his new team. If Sonny Gray gets his stuff back off the IL, Minnesota’s rotation could lead it to the MLB playoffs. 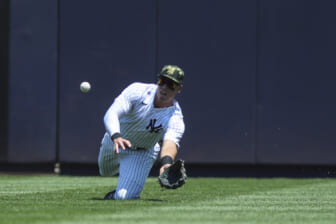 Carlos Rodón is everything the San Francisco Giants hoped for and more. The 29-year-old southpaw has allowed just a .139 batting average through his first four starts and sent 43.2% of hitters back to the dugout after striking out. Joining him in the club of dominance Logan Webb (3.26 ERA) is proving his breakthrough 2021 season wasn’t a fluke. However, early-season struggles for Alex Cobb (5.40 ERA) and Anthony DeSclafani (now on IL) push San Francisco down the rankings.

Kevin Gausman and Alex Manoah are keeping the Toronto Blue Jays inside the top 10 of the MLB rotation rankings right now. Incredibly, Gausman has faced 122 batters this season across 31.2 innings and not allowed a still walk (41 strikeouts). Manoah, in his second MLB season, leads the team in ERA (1.44) with a sparkling .169 batting average allowed.

Unfortunately, their teammates are having issues. José Berríos began the 2022 season on a rough note, allowing four runs with six base runners surrendered in 0.1 innings of work. He’s slowly worked his ERA down, but the stats (1.50 HR/9, 4.96 FIP) aren’t there. As he tries to iron out his issues, Yusei Kikuchi (5.52 ERA) isn’t becoming the revelation some hoped for and Hyun-Jin Ryu was awful before hitting the IL. Toronto might need to explore acquiring a starting pitcher if it wants to compete for a World Series.

Opposing hitters can’t like opening up the MLB schedule and seeing a looming series against the Miami Marlins. While facing this club might be a relief for the pitching staff, it can be a daunting few days when tasked with facing the Marlins’ starting rotation.

Four of Miami’s starters (Pablo Lopez, Sandy Alcantara, Jesus Luzardo and Elieser Hernandez) are striking out 21% or more of hitters faced this season. Lopez (.160 BAA, 0.39 ERA) is the ace of the pitching staff and easily capable of keeping an entire batting order out of the run column. Luzardo, while shaky at times, brings electric stuff (14% Swinging Strike rate) and Alcantara is tremendous. Put all of these arms together, not including the loaded farm system, Miami earned its new spot in the MLB rotation rankings.

If anyone wondered why Joe Musgrove is near the top of our 2023 MLB free agent rankings, this is it. He is the ace of the San Diego Padres rotation, keeping runs off the board (1.97 ERA) and working deep into games. Of course, he’s not the only one fulfilling his potential in San Diego.

Even with below-average velocity, Sean Manaea (.191 BAA, 3.60 ERA) is proving to be a fantastic acquisition by the Padres. He’s helping the team after a month that saw Yu Darvish (4.44 ERA, 3.19 xERA) be a little unlucky. With Mike Clevinger off the injured list, San Diego might only keep Nick Martinez (4.12 ERA) in the rotation over MacKenzie Gore (32.3% K-rate, .214 BAA) because of Gore’s minor-league options.

Wild times right now for the New York Yankees rotation. Gerrit Cole, one of the highest-paid pitchers in MLB, is struggling by his standards (3.00 ERA, 3.75 BB/9 out of the gate). At the same time, No. 2 starter Luis Severino (22.3% K-rate, 3.75 ERA) is still trying to get into a rhythm in his first full season back in years. Despite those issues, New York finished April with the fourth-best WHIP (1.09) and third-best ERA (2.71) among MLB starting rotations. 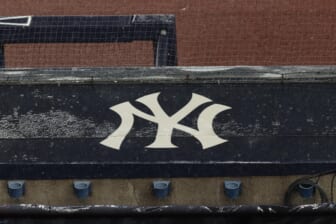 Southpaw Nestor Cortes Jr. is pitching like an ace right now, posting a team-best 1.41 ERA with an elite 35.9% strikeout rate. As he becomes a stabilizing piece while Cole and Severino work towards their typical form, Jordan Montgomery (.189 BAA, 2.70 ERA) is keeping the ball in the yard (0.45 HR/9) and eating innings. Topping it all off, the Yankees have excellent rotation depth if injuries strike.

It hasn’t been the perfect start to the 2022 season for the Milwaukee Brewers rotation. Corbin Burnes is doing his thing on the mound, striking out 35.5% of the batters he faces and holding them to an absurdly low .152 batting average. Meanwhile, Eric Lauer (1.93 ERA, 13.11 K/9) and Adrian House (2.53 ERA, .195 BAA) are throwing at an unexpectedly high level right now.

Unfortunately, Milwaukee gets pushed down the MLB rotation rankings because of Brandon Woodruff and Freddy Peralta. Woodruff isn’t missing bats like he used to and his command of the zone isn’t where we saw it in 2021. Meanwhile, Peralta is still trying to regain the slider that led to his All-Star selection last year. In the end, regression is coming for Lauer and Houser but the scales should balance out once Peralta and Woodruff get locked in.

If the New York Mets had Jacob deGrom, they would sit atop the MLB rotation rankings in May. Unfortunately, the two-time Cy Young Award recipient remains sidelined and there isn’t a clear timetable for his return. Yet, thanks to Tylor Megill, fans in New York have been able to put the deGrom injury out of their mind with everything else going so well.

Incredibly, Max Scherzer isn’t even the best pitcher in the Mets’ starting rotation to this point. The future Hall of Famer ranks behind Megill (1.93 ERA, .178 BAA) and Chris Bassitt (2.25 ERA, .179 BAA). Carlos Carrasco (9.41 K/9, .202 BAA) is also pitching like his old self. The group effort is a big reason why New York’s starters have the third-highest Swinging Strike rate (13.1%) and the lowest batting average allowed (.180) entering May.

The Los Angeles Dodgers are back on top of the MLB rotation rankings. Even with Dustin May on the 60-day injured list and Trevor Bauer suspended for two years, this is the best rotation in MLB. Entering May, Los Angeles ranked first in ERA (2.10), second in HR/9 (0.61), batting average allowed (.195) and sixth in Swinging Strike rate (12.5%) among starting rotations.

Much of the credit belongs to Clayton Kershaw (2.35 ERA, .171 BAA) and Walker Buehler (2.12 ERA, .232 BAA). Both are making case for NL Cy Young, eating up innings for a rotation that needs workhorses. Things could be even better in Los Angeles if Andrew Heaney (.111 BAA, 40% K rate) could return from his shoulder injury or Julio Urias regained his velocity.

What do you think of our MLB rotation rankings? Let us know below and follow @MattJ_Sports on Twitter for more MLB coverage.