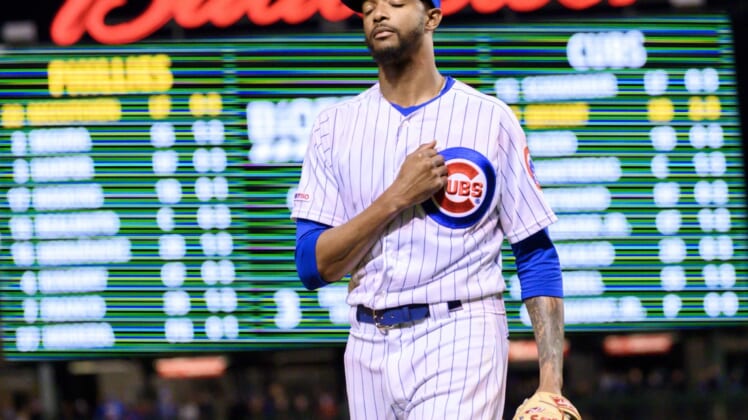 The 29-year-old right-hander made one appearance for the Atlanta Braves this season before being designated for assignment.

Toronto signed him on May 14 and he did not allow a run in four games at Buffalo, striking out three and walking none in four innings.

Edwards was active for Sunday’s doubleheader against the Indians in Cleveland. He will be pitching for his fifth team in the past three seasons when he makes his Toronto debut.

Since 2019, however, he has an 8.18 ERA in 22 innings. That includes brief stints with the San Diego Padres (2019) and Seattle Mariners (2020) before he allowed three runs and recorded only one out in his lone outing with the Braves on May 7 against the Philadelphia Phillies.

In a corresponding transaction, the Blue Jays designated right-hander Ty Tice for assignment.

Tice, 24, posted a 5.14 ERA in four relief appearances this season. He made his major league debut on April 9.