Week 11 of the NFL season offers us a bounty of interesting storylines. The previously bottom-feeding Jacksonville Jaguars will look to move to 7-3 against a winless Cleveland Browns squad.

The Dallas Cowboys must now play without three All-Pro players in an attempt to hand Philadelphia its second loss of the season.

And in the best game of the week, two surprising seven-win teams matchup in Minnesota with potential home-field advantage in the playoffs on the line.

These are among the top storylines for NFL Week 11.

Jaguars claw their way to relevance 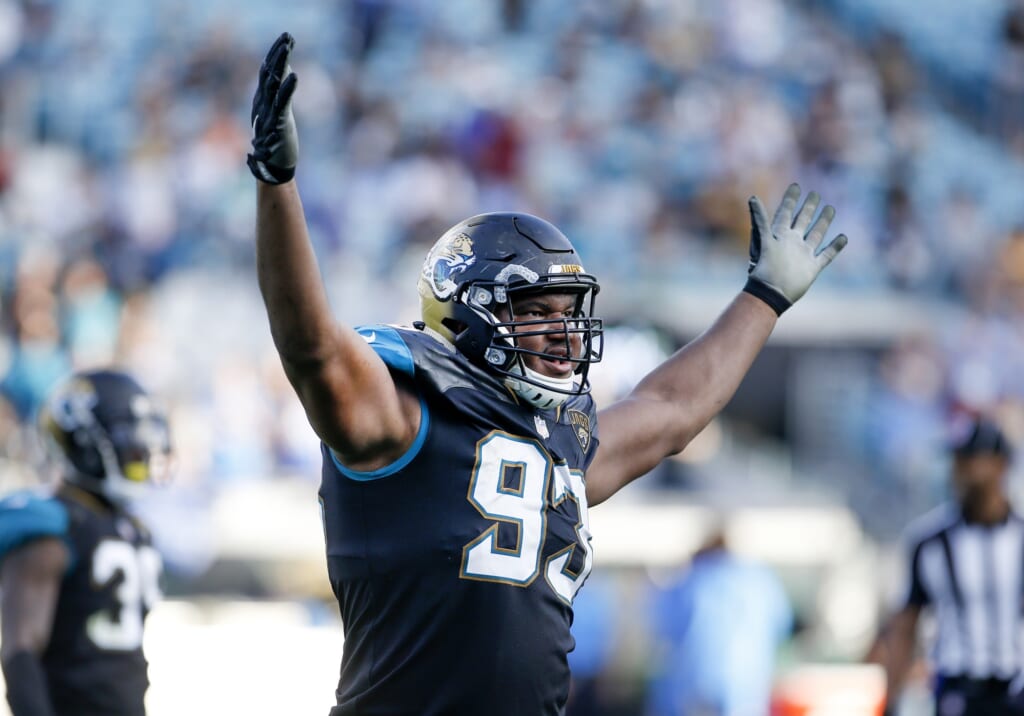 Despite an ugly performance last week against the Chargers, Jacksonville has won three consecutive games and finds itself tied for first in the AFC South with a 6-3 record. During this three-game winning streak, the Jags have simply taken care of business against lesser opponents. They’ve also yielded a grand total of 24 points during this span.

Now set to take on the winless Cleveland Browns on the road Sunday, it’s vital that Jacksonville continues this strong recent run. Previous variations of this squad would have followed up a solid stretch with a disastrous outing. That almost happened last week. The Jags have to make sure it doesn’t happen Sunday.

By virtue of their Week 10 win over Chicago, the Green Bay Packers find themselves at 5-4 and just one game out of the final playoff spot in the NFC. That victory was monumental in keeping Green Bay’s playoff aspirations alive, and it all started with Brett Hundley’s career-best performance.

With Aaron Rodgers seemingly making progress in his recovery from a broken collarbone, the former MVP could be back as early as Week 15. How Green Bay plays over the next four weeks will determine whether the team is in the playoff race then.

It starts this week against a Baltimore Ravens defense that ranks third in the NFL defending the pass. A win here, and the doom we saw draped over Green Bay following Rodgers’ injury in Week 6 will be replaced with renewed optimism. 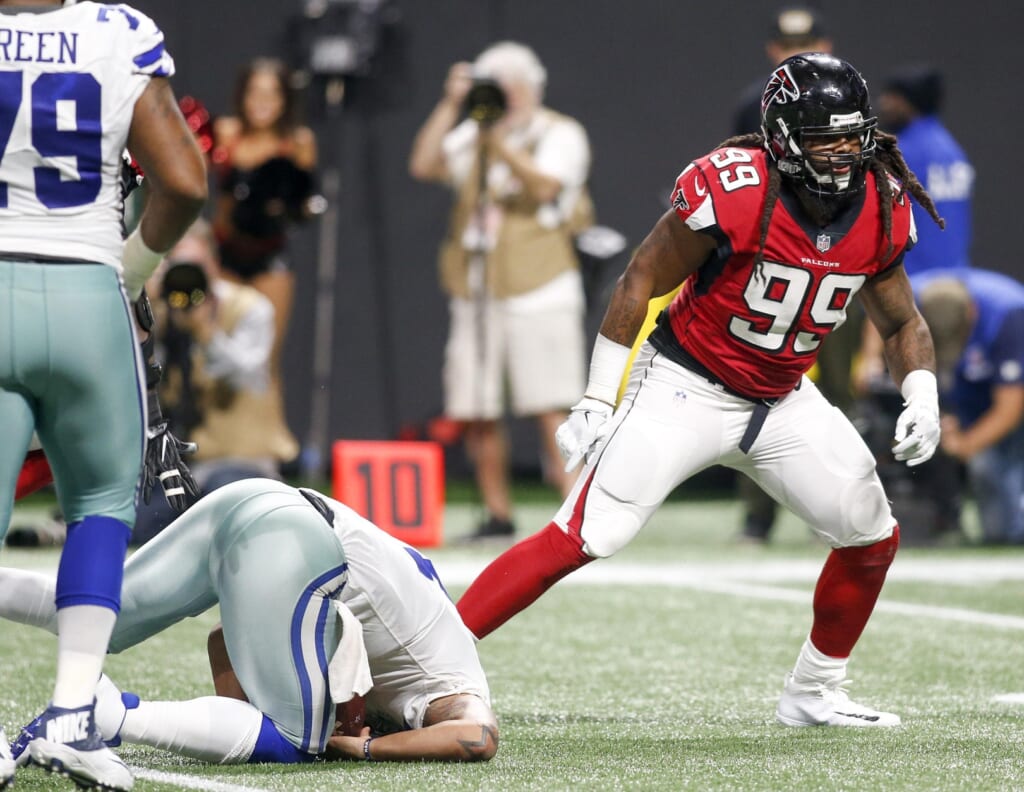 Ezekiel Elliott is out. He dropped his appeal of the six-game ban the NFL handed out to him. This means NFL’s most-explosive back won’t return to the fold until Week 16. It also places even more of the onus on Dak Prescott after his Cowboys were held to seven points in a blowout loss to the Falcons last week.

The issue here is two-fold. Prescott was sacked a whopping eight times with left tackle Tyron Smith sidelined last week. Smith is also reportedly out for Sunday’s game. Taking on an NFL-best Eagles team that also ranks in the top 10 in sacks, preservation for Prescott will be key here.

Dallas sits at 5-4 on the season. It is still very much alive in the playoff race. Even more so than winning in Week 11, the Cowboys must make sure Prescott is healthy for the remaining four games until Elliott returns. That’s the team’s only hope of making the playoffs.

Down and out with Joe Flacco

At the rate he’s playing this season, Flacco couldn’t hit a receiver from a foot away. It sounds harsh, but he’s been absolutely anemic. The former Super Bowl quarterback has thrown eight touchdowns compared to 10 picks on the season.

He ranks 34th among qualified signal callers in passing yards per game and 32nd in quarterback rating. This is one of the primary reasons Baltimore heads into Week 11 with a 4-5 record and on the verge of falling out of the AFC Playoff race.

The positive news here is that Flacco is taking on a Packers defense this weekend that has yielded a 95.9 passer rating and 67.1 completion percentage to opposing quarterbacks. If Flacco can’t get it right here, we’re not too sure what to say.

Can’t get water from this Brock 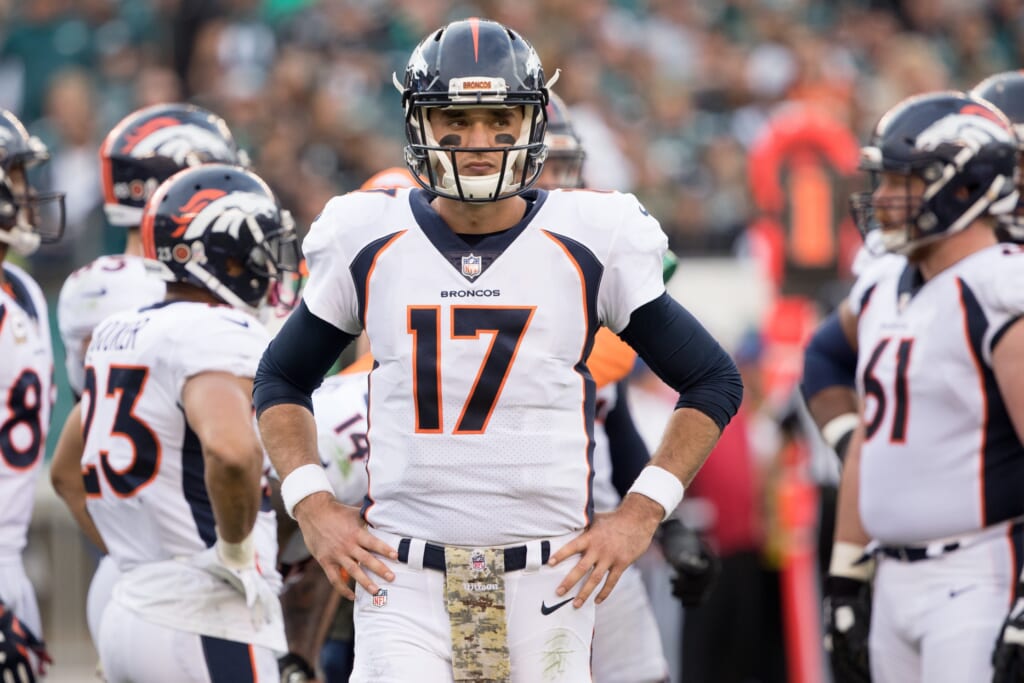 The seemingly long and Mile High nightmare of Brock Osweiler playing quarterback for the Denver Broncos might soon be coming to an end. Paxton Lynch has been elevated to No. 2 on the depth chart, ahead of Trevor Siemian. This means the second-year quarterback could very well be ready to see action after missing the first 10 weeks of the season.

Denver sits at 3-6 on the season and has lost the past two games (both Osweiler starts) by a combined 53 points. Even if it’s not to save an already lost season, getting Lynch in the mix could give the Broncos an idea of what they have at quarterback moving forward. It could start Sunday against the equally hapless Cincinnati Bengals.

Riding Russ with Sherman out

It’s now pretty much up to Russell Wilson to lead his Seattle Seahawks to the playoffs. All-Pro corner Richard Sherman is done for the season with a ruptured Achilles. The team’s running back situation is just horrible and could ultimately lead to Seattle’s downfall this season.

At 6-3, the Hawks are still in playoff positioning. But it’s a precarious situation with Dallas, Detroit, Green Bay and Atlanta one game behind. Seattle will take on one of those teams in the form of the Falcons Monday night.

It’s vital that Wilson plays well here, in turn, leading Seattle to some wriggle room in the wild card race and remaining within an ear shot of the Los Angeles Rams in the NFC West. 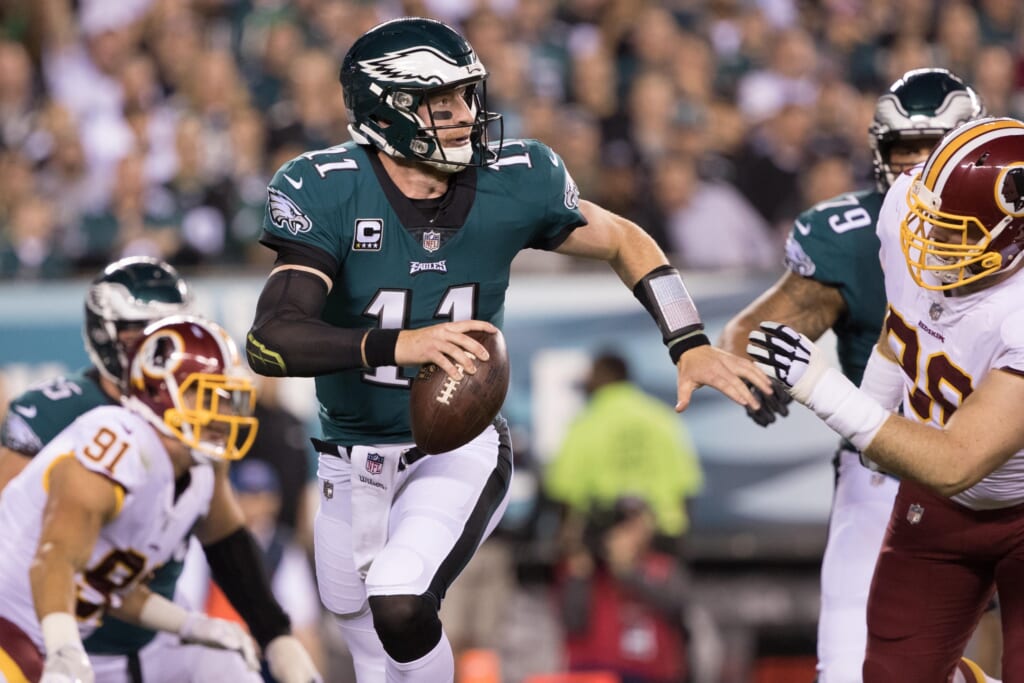 This isn’t a drill. As of right now, Wentz has to be mentioned within the same breath as Alex Smith and Tom Brady for the MVP award. In fact, it would not be out of line to conclude he’s the front runner.

After an uneven rookie season, this former No. 2 pick has been all sorts of spectacular in 2017. The team’s 8-1 record heading into Sunday’s game against Dallas is a prime example of this. But the stats add to that thought process even more.

Wentz has thrown a league-high 23 touchdowns compared to just five interceptions. He boasts a 104.1 passer rating and is leading the NFL’s second-best scoring offense. On Sunday against Dallas, the sophomore has an opportunity to pretty much put the NFC East to rest. Should he do this in dominating fashion, talk of an MVP award will ramp up.

Eli Manning is the hunted. Justin Houston, Tamba Hali and Dee Ford are the hunters. It’s a game of Duck Hunt and Manning is going down like a clay pigeon. That’s how this scenario should play out.

Boasting a 1-8 record this season, the New York Giants were just blown out by a previously winless San Francisco 49ers team. Meanwhile, the Chiefs themselves are refreshed after having a bye last week. There’s absolutely no reason why Kansas City shouldn’t dominate this one, ending a run that has seen it lose three of four after a 5-0 start to the season.

For the second consecutive season, the Oakland Raiders will play in Mexico City. Only this time, the team is not in contention for an AFC title and will not have the pleasure of facing Brock Osweiler.

Instead, Oakland needs to find a way to stop Tom Brady and the defending Super Bowl champion Patriots if it hopes to remain alive in the AFC Playoff picture. That’s no small task considering Brady has 19 touchdowns compared to two interceptions on the season and the Raiders are the first team in NFL history to not have intercepted a pass in their first nine games.

But there’s no real reason for fans in Northern California to worry here. Raiders defensive coordinator Ken Norton Jr. has had “success” against Brady in the past. Joke is on you, Tom.

The new-look Saints come marching in 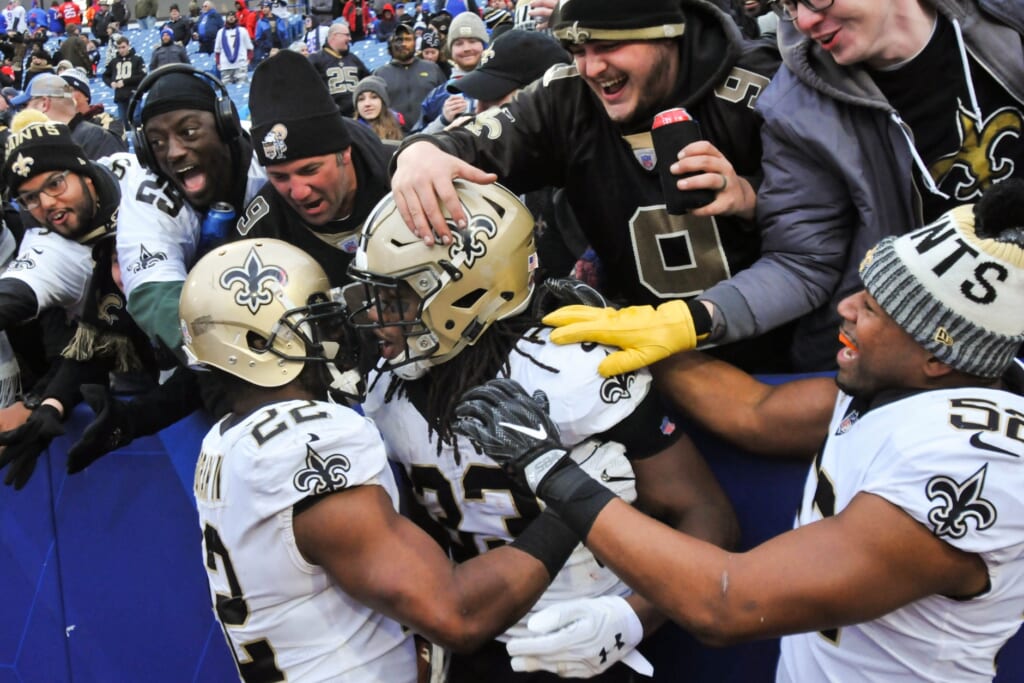 At one point in the fourth quarter of last week’s blowout win over the Buffalo Bills, this New Orleans Saints team ran the ball 24 consecutive times. There was a time not too long ago that a Sean Payton-led team running the ball 24 times in a single game was unheard of. But here we are, New Orleans sits at 7-2 on the season with what looks to be a dominating rushing attack.

Sunday against a Washington Redskins defense that ranks in the top half of the NFL stopping the run, it will be interesting to see if New Orleans sticks to this game plan. It finally has balance on offense with Drew Brees playing tremendous football. And with quietly one of the best defenses in the NFL, we’re looking at a legit Super Bowl contender here.

Rams look to buck the Vikes in Minnesota

In a matchup of two surprise seven-win first-place teams, the winner of this matchup will remain very much alive for a top seed in the NFC. Considering Minnesota is without its starting backfield from Week 1 and the Rams themselves won just four games last season, this is just some astonishing stuff.

It’s also pretty clear that both teams are for real. The elite-level individual matchups are just off the charts here.

How can MVP candidate Jared Goff (yes, that’s a thing) succeed against a Vikings defense that has allowed 10 touchdowns compared to eight picks on the season? Will Pro Bowl left tackle Andrew Whitworth be able to fend off a dominating pass rusher in the form of Everson Griffen? Can a surprising Robert Woods have success against Xavier Rhodes? How these questions are answered will dictate the outcome of what promises to be the best game of Week 11.