‘Tis the time of year for sports galore.

The NFL is in full swing and the NHL and NBA are just underway. PhillyVoice.com decided to rate the best and worst sports cities that have at least three major sports franchises. They took the winning percentages of the current or most recent seasons for each cities’ sports teams, and averaged them out.

It should be no surprise that Boston was the best sports city followed by Oakland and Pittsburgh. But which were the worst cities?

If it wasn’t for the return of LeBron James, who led the Cleveland Cavaliers to the NBA Finals last season and is motivated to win it all in 2016, Cleveland would certainly be lower on the list. The Cleveland Indians had a real solid chance at making the 2015 playoffs, but ultimately came up 4.5 games short of the AL Wild Card.

The Cleveland Browns couldn’t be any more of a disaster posting a 2-8 record to date. Perhaps newly named starting quarterback Johnny Manziel will spark a late-season run of wins.

Cleveland has an average winning percentage .501, which is the only city in the top 10 to crack the .500 mark.

A bit of a surprise to be one of the worst sports cities, especially since it sent two MLB teams to the playoffs in 2015 with the New York Mets making it to the World Series. Unfortunately for The Big Apple, it is the two NBA teams that really bring the city’s average down.

The New York Knicks are 5-6 so far, and the Brooklyn Nets have just one win in 10 games played. The New York Giants and New York Jets are having fair seasons at five wins each. Thankfully, the New York Rangers are in first place in the Metropolitan Eastern Conference and the New York Islanders are in third place. New York’s average winning percentage is at .499.

Who would’ve thought that the only Canadian city on the list would have its hockey team being its downfall. The Toronto Maple Leaves are dead last in the Eastern Conference tallying just five wins in 18 games.

The Toronto Blue Jays won the AL East and eclipsed the 90-win mark for the first time since 1993. The average winning percentage of the Jays and Toronto Raptors is .605, but if you add in the Maple Leaf”s .278, that puts the total Toronto average at .496, which is the 8th-worst sports city in North America. 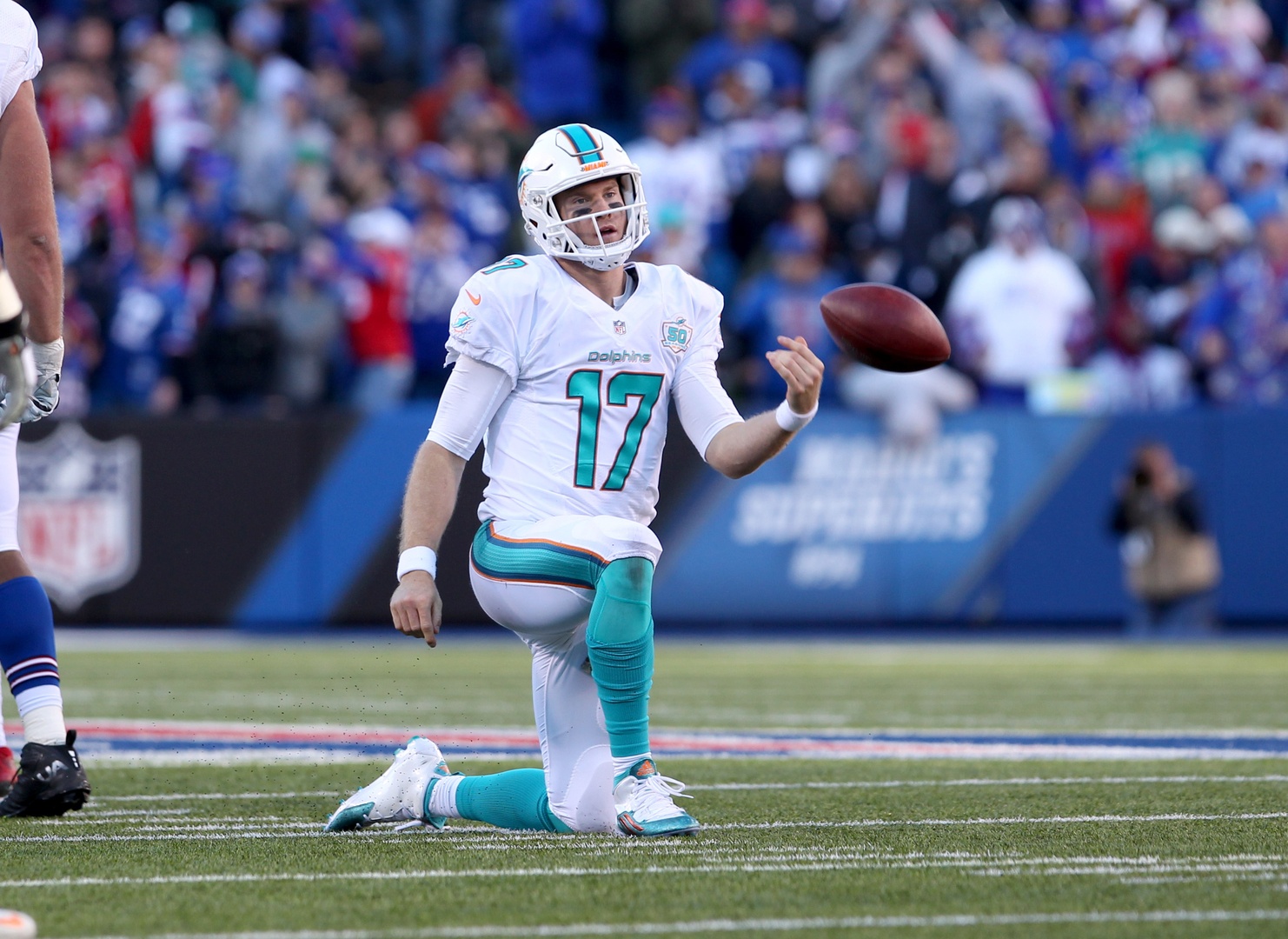 If it wasn’t for the six-win, third place Miami Heat, this South Florida city would be much lower on the list.

In baseball, the Miami Marlins finished 19 games behind first place in the NL East, which ultimately led to a new 2016 manager in Don Mattingly. The Miami Dolphins just fired head coach Joe Philbin and are in last place in the AFC East. The professional sports teams of Miami combine for a .490 winning percentage, and the immediate future isn’t too bright on any front.

Seattle is the first city that really takes a significant plunge with a .457 average winning percentage. Typically, Seattle could rely on Pete Carroll and the Seattle Seahawks. But after nine games they possess a 4-5 record and have lost some very winnable games.

Despite having one of the top pitchers in baseball in Felix Rodriquez, the Seattle Mariners finished 12 games back in the AL West and recently hired a new GM, Jerry Dipoto. The future for successful sports in Seattle is definitely in limbo, but hopefully it will turn around in the near future.

The jury is still out over 2015 first overall NFL draft pick Jamies Winston. He has shown signs of brightness one minute and then signs of distraction the next, leading the Tampa Bay Buccaneers to a 4-5 record and third place in the NFC South.

The Tampa Bay Rays were in the playoff race until the last two weeks of the season and ultimately finished six games out of the second AL Wild Card spot. In a tough AL East division, the Rays could be the cellar dwellers for the next couple years.

Tampa Bay’s average winning percentage is.453, and could trend lower for the next couple years unless the Bucs and Rays make some serious runs.

Just like New York, Los Angeles may come as a bit of surprise on the list of top worst sports cities. The two-win Los Angeles Lakers and six-win Anaheim Ducks are the two teams that really brought down the total winning percentage to .450.

Thanks to the 2015 NL West Champions and another great regular season by the Los Angeles Angels, the two baseball teams in town really carried the bulk of the percentage. With the rise of the Angles’ Mike Trout and continued dominance by the Dodgers, LA will rely heavily on its baseball residents to make up for its low hockey and basketball winning percentages. 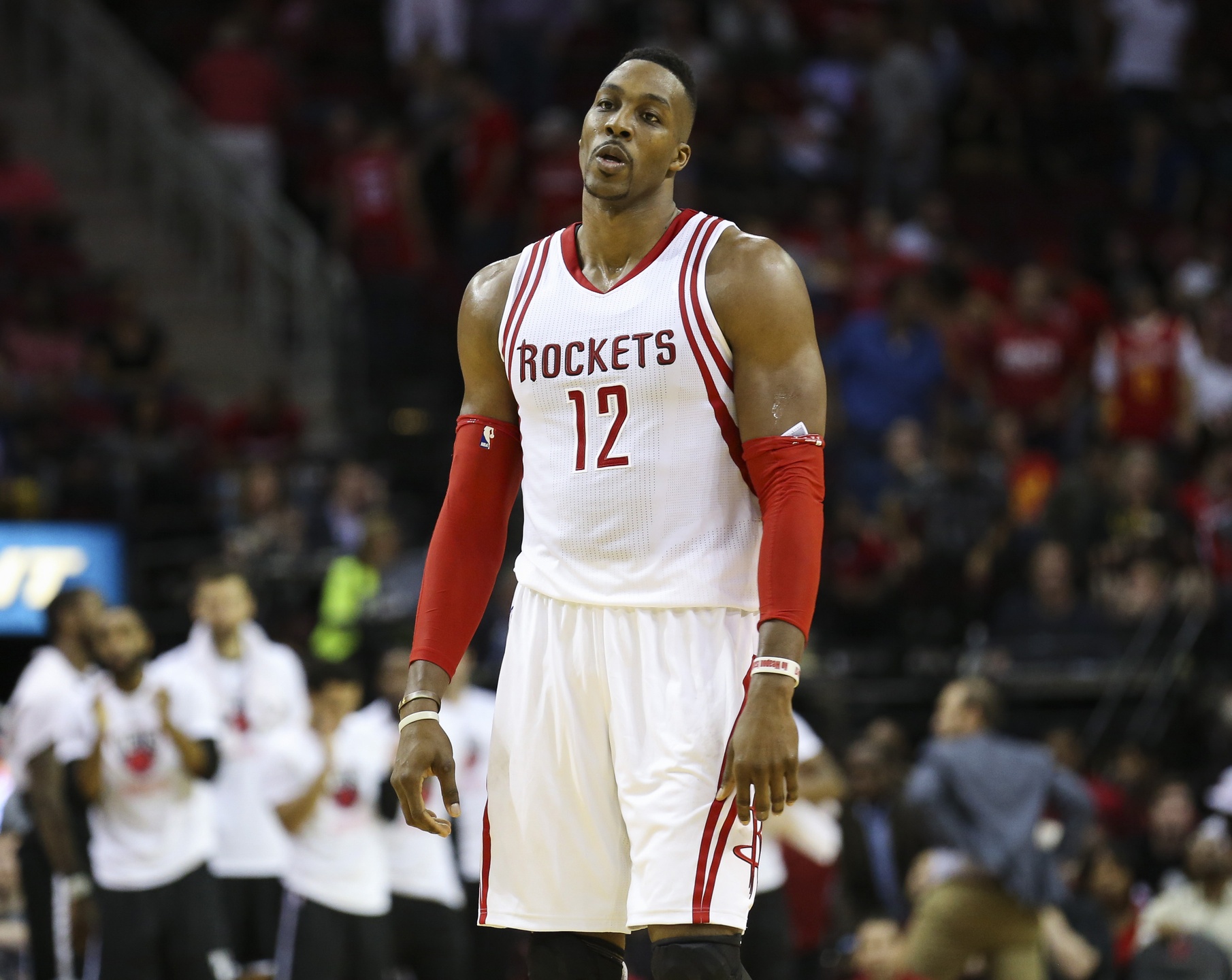 After appearing on the 2015 version of HBO’s Hard Knocks, the Houston Texas have not helped its city’s overall winning percentage posting a 4-5 record. Thankfully the AFC South is one of the worst divisions in the entire NFL, so they are still in a favorable spot to win the division, and can significantly increase the total Houston winning percentage of .435.

If it weren’t for the Houston Astros’ 86 wins, this Texas city would be even lower on the list. The Houston Rockets are struggling to find their groove and have only four wins in the young 2015 season. While the state of Houston sports is at an all-time low at the moment, there is hope if the Texans and Rockets can turn their seasons around.

The once reliable and dominant Detroit Tigers, winners of the AL Central from 2011-2014, finished dead last in the division last year at 20.5 games behind the eventual World Series champion Kansas City Royals. The Tigers even traded away young superstar Yoenis Cespedes at the trade deadline, proving they are starting their rebuild.

The city also isn’t getting any help from the Detroit Lions, who have just two wins this season. In basketball, the Detroit Pistons could go either way in 2015, but are only 5-5 thus far. The lone hope comes by way of its NHL Detroit Red Wings, who are 9-8 this season.

Detroit’s .413 city-wide winning percentage puts it at the second lowest, but at least it is no where close to the worst sports city.

We would love to shine a some sort of positive light on the City of Brotherly Love, but it appears there is almost no light at the end of its sports tunnel. The lowest winning percentage of .297 isn’t just because of one or two bad teams, it is a direct impact on just how bad all four major Philly sports teams are.

The Philadelphia Phillies finally started its rebuilding process by trading away Cole Hamels, Jimmy Rollins and Chase Utley during the 2015 season, in which they posted the worst MLB record of 63-99. They also began a slew of front office changes when manager Ryne Sandberg resigned in the middle of the season, which caught former GM Ruben Amaro by surprise (Amaro got the can at the end of the year and is now the Boston Red Sox first base coach — talk about a pay decrease).

The Philadelphia 76ers are really bringing the city winning percentage down, earning a depressing 0-11 to start the 2015 season. While this is truly amazing that an NBA team could be that bad, it honestly was expected by 76ers fans. After drafting Joel Embiid with the third overall pick in the 2014 NBA draft, he sat out the entire 2014–15 season with a broken foot. While it was looking like his return was on schedule and he would dominate the paint in the 2015-16 season, he suffered a set-back and is now predicted to sit out the entire season as well. Can you say Greg Oden?

But at least the 76ers can count on its 2014 NBA Rookie of the Year Michael Carter-Williams. Oh wait, the team traded him to the Milwaukee Bucks, proving just how clueless the organization is.

Even Gregg Popovich is stunned by how bad the 76ers are.

In the NHL, the Philadelphia Flyers seem just as clueless posting only six wins this season. GM Ron Hextall decided enough was enough with 2014 head coach Craig Berube, and hired former University of North Dakota head coach Dave Hakstol to take over the Flyers. It seems that the college coaches aren’t working out for Philadelphia teams.

That brings us to the 2015 Super Bowl champs Philadelphia Eagles, as predicted by Adam Schefter.

.@AdamSchefter handed in his predictions to ESPN for the Super Bowl and he has an Eagles/Ravens Super Bowl with the #Eagles winning it all!!

After Chip Kelly got rid of almost the entire 2014 team, most notably LeSean McCoy, Jeremy Maclin, Trent Cole and Nick Foles, the Eagles have been nothing but disappointing in 2015. The Eagles showed signs of hope by defeating a Tony Romo-less Dallas Cowboys in Dallas, but that quickly evaporated with a 20-19 loss to the Miami Dolphins at home.

Kelly might have traded for Sam Bradford to hopefully move up in the draft and select Marcus Mariota, When that didn’t work out, he was stuck with the injury prone, non-mobile Bradford. With arguably the best running back corps in the game in Demarco Murray, Ryan Mathews and Darren Sproles, the Eagles should be unstoppable — but they aren’t.

The NFC East is wide open right now, and is still a very winnable division for the Eagles. In order for them to have a chance they need to play with more consistency and do a better job closing out games.