To draft a running back in the first round or wait until later is always a tricky decision in fantasy football. By far, fantasy football running backs are the most unpredictable and difficult players to gauge as it pertains to how well they will perform down the stretch.

A few elite players are undoubtedly worth risking a first-round pick. Then, the position begins to level out, causing some backs to fall to the second round and beyond. To the best of our efforts we have compiled the following list of running backs who will rank within the top 10 in 2016.

If Bell returns to full health this season, the sky is the limit for his 2016 fantasy outlook. Extremely valuable in PPR leagues, Bell will rack up a ton of points not only as a rusher but also as a receiver.

A prime example was Bell’s 2014 season when he added 83 receptions for 854 yards and three touchdowns to his 1,361 rushing yards and eight rushing scores. That’s practically like getting two fantasy players in one. Another season with upwards of 2,000 combined yards and 10 touchdowns is foreseeable. 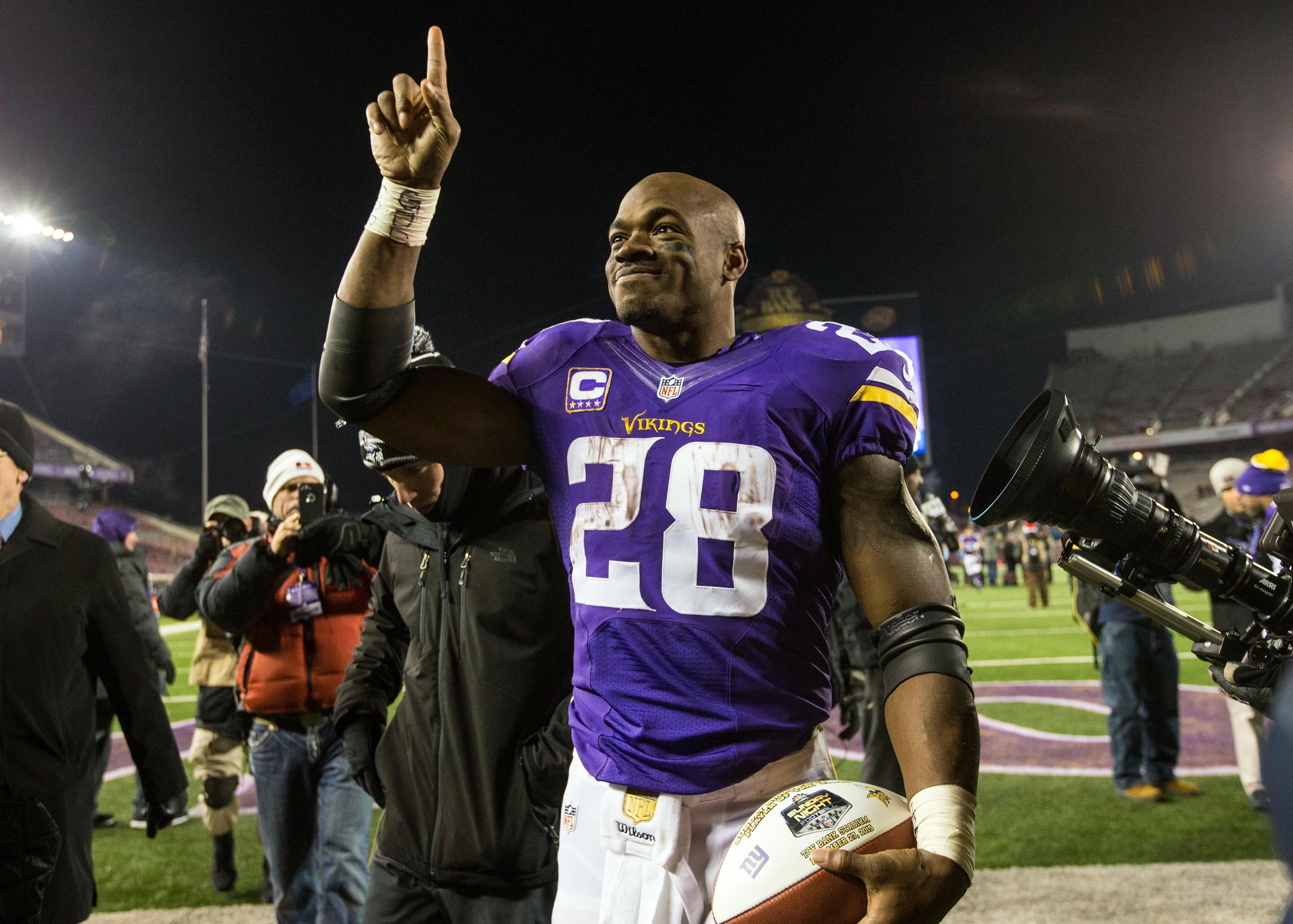 Peterson rewarded those who didn’t doubt his ability for a strong return to the NFL with second-most fantasy points in 2015. He also rushed for a league-high 1,485 yards and 11 touchdowns. At 31 years old, Peterson is by far the eldest of the elite running backs in the game but isn’t showing any signs of a breakdown.

He works incredibly hard to maintain his shape (pic here) and recently noted that he would like to become involved in the Vikings passing game. If so, Peterson’s fantasy value will only soar if he adds more points from an increase in catches, receiving yards and hopefully a couple of receiving scores.

In his rookie debut, Gurley was the epitome of excellent health, despite reports that suggested a knee surgery he underwent the prior year could hamper him. In his 13 games, Gurley tallied up a healthy 1,106 rushing yards and 10 touchdowns.

He’ll look to repeat if not beat those numbers this year, especially with a rookie quarterback under center. It wouldn’t be surprising to see Gurley receive 20-25 handoffs per game, topping the average 17.6 he received last year. Some short dump-off passes should be on tap as well making Gurley a slam dunk RB1 worth snagging in the earlier part of the first round.

After a stellar rookie season, Johnson ranked No. 7 in fantasy points. Noteworthy, is this was accomplished while Johnson played a complimentary role behind veteran rusher Chris Johnson for the beginning part of the season. During Weeks 12-17, Johnson lit it up when he tallied a total of 713 combined rushing and receiving yards and scored six touchdowns.

In 2016, nothing much should change regarding Johnson’s role on the Cardinals offense. He will assume the No. 1 rushing role and is bound to catch a few passes per game. At the finish of the season, it wouldn’t be surprising to see Johnson surpass 1,100 rushing yards and top the 457 he registered through the air last year. 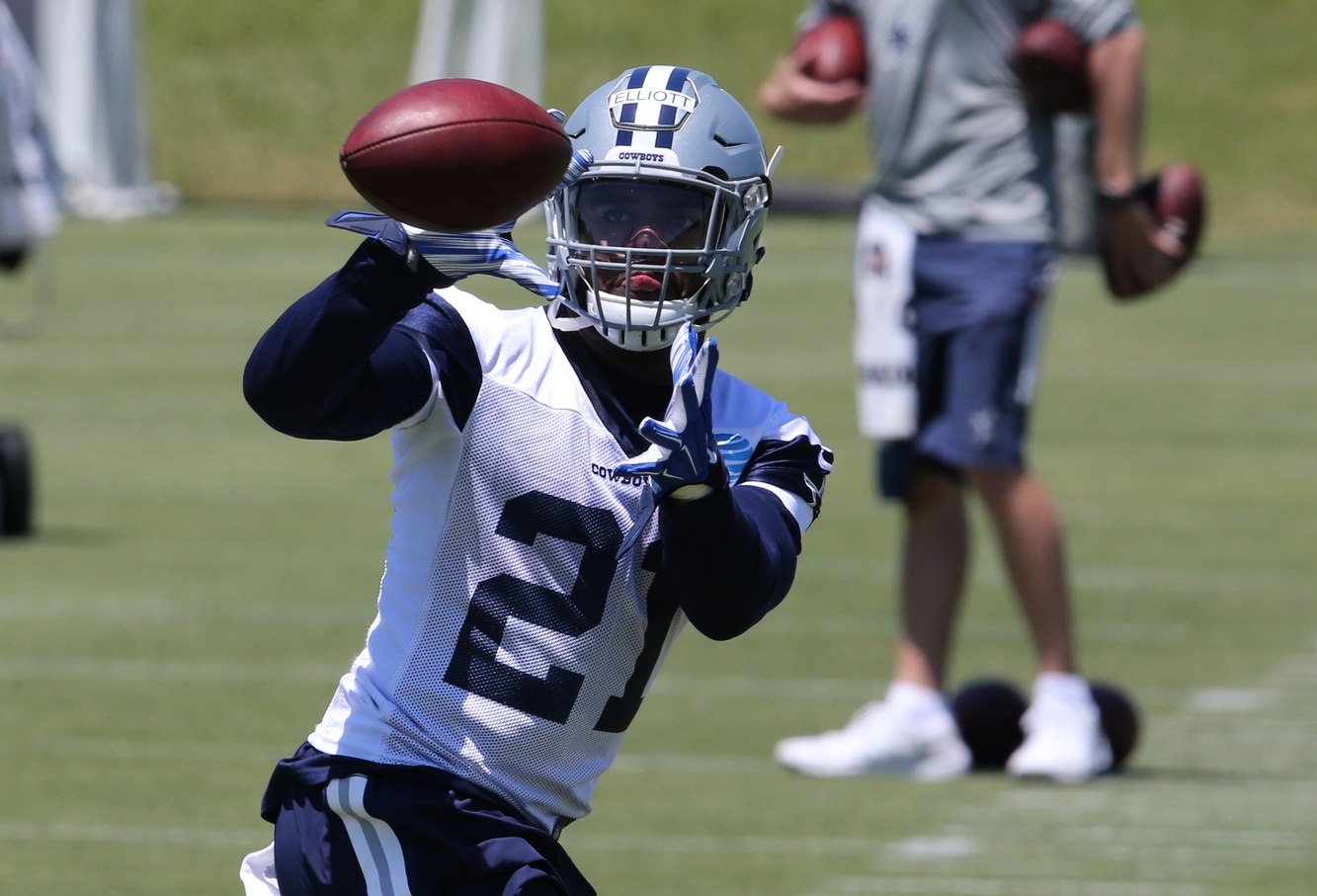 It is quite bold to mention a rookie, who has yet to even participate in a preseason game, within the top-five running backs. But we are going to list Elliott here due his knockout 1,821-yard and 23-rushing touchdown college season at Ohio State.

Considering Gurley finished at No. 5 last year after playing just 13 games, Elliott should be up for a grand season with a healthy Tony Romo back under center in Dallas. The Cowboys didn’t sign Zeke to a fully-guaranteed contract (more on this crazy deal here) if they didn’t have major plans for their first-round pick. He should handily top the 1,417 total yards and three touchdowns Darren McFadden managed to accomplish last year.

Miller frustrated his fantasy owners at times last season due to the fact his former Miami Dolphins limited his touches. Thankfully, he was fabulous at making some big plays and was key as a receiver, ranking him sixth among fellow running backs.

Now, Miller joins the Houston Texans who signed him to revive a rush game that hasn’t been the same since former stud back Arian Foster was healthy. Miller has youth on his side and has averaged a healthy 4.6 yards per carry since being drafted in 2012. This No. 6 fantasy projection may not even do Miller justice when he potentially exceeds expectations this season.

In his sophomore season, Freeman blindsided everybody and became the hottest waiver wire commodity after a Week 3 breakout performance. During that game, Freeman unloaded a ridiculous total of 193 yards and three touchdowns in less than 60 minutes. This, coupled with Freeman’s production through Week 8 was enough to hold for the rest of the season when he finished No. 1 in fantasy running back points.

Worth noting is Freeman’s numbers lofted back to reality during the second half of the season. Although, reality in Freeman’s case was the no less than 62 total yards he recorded against Carolina in Week 14. Hopefully, he will still see the bulk share of the work with second-year rusher Tevin Coleman returning. 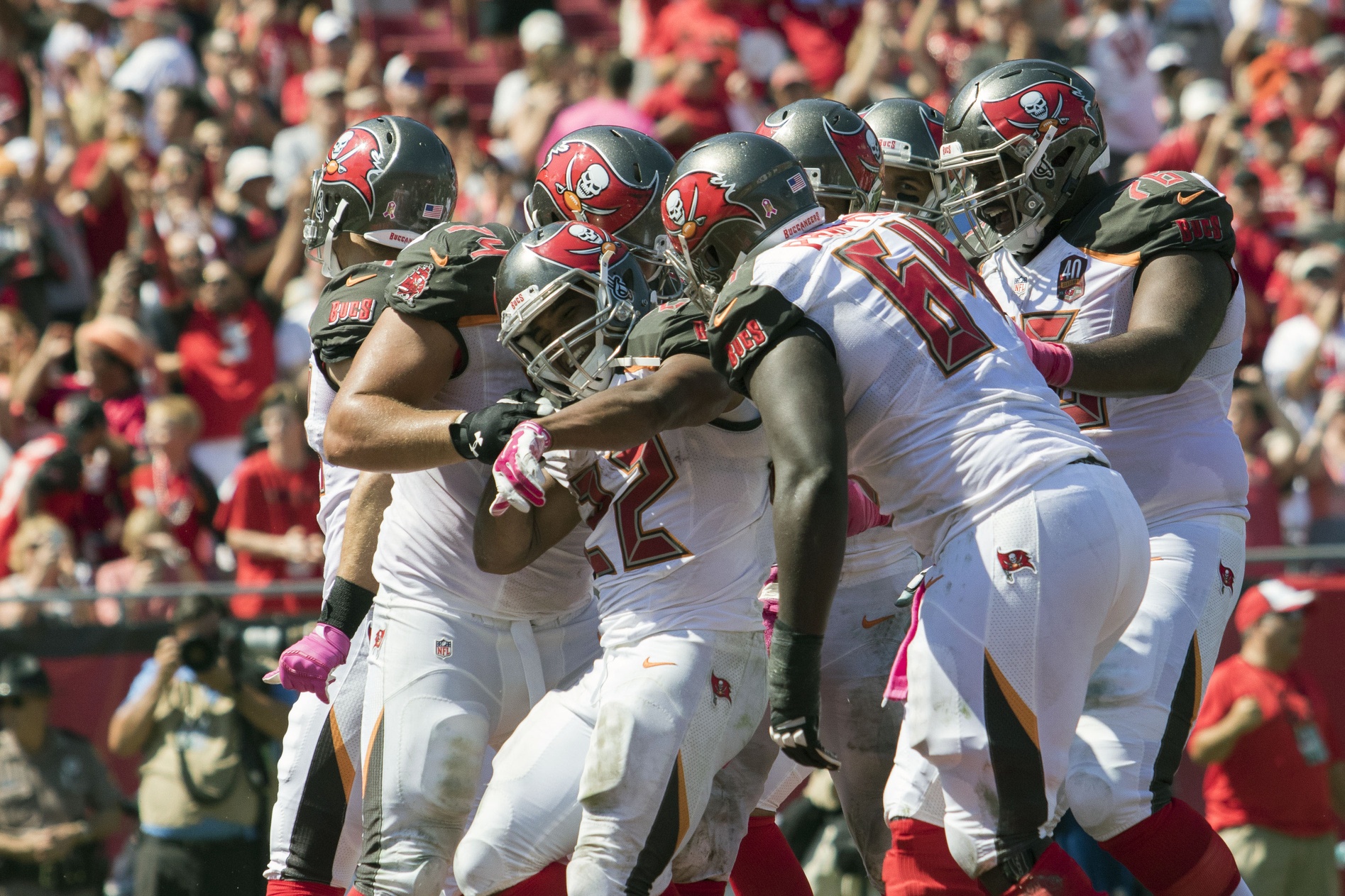 After two dreadful fantasy seasons, Martin came completely out of left field and posted the third-highest running back fantasy points.

If all remains status quo for Martin this year, he should stay on course and hover around the average 87.6 rushing yards per game he recorded in 2015. An increase in the six touchdowns and certainly more catches would be ideal. Barring any health issues, Martin should still delight his fantasy owners with top-10 or perhaps even top-five fantasy results this season.

For those who take a later-round flyer on Charles, he will pay off sweetly, provided he returns in full form. Discounting Charles’ injury seasons of 2011 and 2015, he has ranked within the top 10 running backs in fantasy points since 2010.

Charles is PPR stud, and he is a key performer in both the ground and passing game for the Chiefs. Notably, he scored a whopping total of 33 touchdowns during his 2013-2014 seasons. He might slip past the top 10 running backs chosen this year, but that doesn’t mean Charles won’t put up top-10 fantasy points if his health prevails.

Last season Ingram averaged 97.8 combined yards per contest and maintained reputable 4.6 yards on average per carry. For this, he ranked 15th overall in fantasy points in 2015.

This year, fantasy owners should expect the same from Ingram and perhaps even more. As the team’s leading rusher, Ingram is also integral in the Saints’ passing game. In 2015, Ingram was the 11th-most targeted running back and caught 50 of his 60 passes last year. If he can remain healthy for an entire season, Ingram should be a sure-fire top-10 fantasy back.