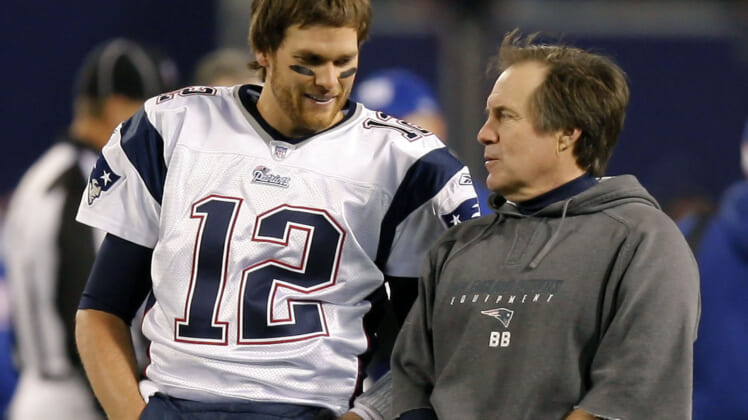 Call it the battle of the Bills, if you will. Tom Brady and Bill Belichick won six Super Bowls together with the New England Patriots before a divorce led TB12 to Tampa Bay. However, according to a recent report, the sixth Lombardi almost never happened, and somehow Bill O’Brien is involved.

Who knows if there’s any truth to this rumor. But back in 2017, according to Albert Breer, Brady and Belichick had a few disagreements, which apparently led to TB12 requesting that the franchise would hire then-Houston Texans coach Bill O’Brien to take over for Belichick as coach of the Patriots.

“(Bill O’Brien) was who was going to be the head coach,” Breer said during an appearance on NBC Sports Boston. “That’s who Tom Brady helped line up as the head coach, if he had won the power struggle with Bill Belichick in in 2017. If Belichick is outta here, after everything that happened in’ 17, I’m telling you Bill O’Brien would be the head guy.”

On the surface, it seems ridiculous. Brady and Belichick rose to greatness together. Who knows if Brady still would have won six rings had Belichick not been by his side. Chances are, he wouldn’t have. The same goes for Belichick, without Brady.

Sure, Brady did win one without Belichick once he joined the Tampa Bay Buccaneers, but that roster was built to win immediately, it shouldn’t tarnish Belichick’s legacy at all.

In the end, Brady and Belichick went to two more league championship games after this reported disagreement, one of which they won, with Super Bowl LII. Perhaps we’ll never know whether Brady truly wanted O’Brien to replace Belichick, but in hindsight, now that Brady did actually leave Boston, it’s an interesting thought.