Tom Brady had tantrum about cost and color of pool cover, emails show

New England Patriots quarterback Tom Brady had a bunch of his personal emails exposed to the public as part of the NFLPA’s appeal against the NFL regarding his four-game suspension.

While most of the emails pertain to the Deflategate scandal, one chain that circulated was between Brady and his manager Ben Rawitz, who suggested Brady buy a winter pool cover that costs $8,500. Between Brady and his super-model wife Gisele, the duo is worth like a gazillion dollars.

Brady gets into it with the pool industry via his manager, and argues about cost and color of the cover. He doesn’t understand why he can’t use one pool cover all year long.

When Brady finally settles on white, he is told they are out of white. It takes the lady of the house to finally settle on a gray pool cover. Brady calls the pool company “f****** idiots” and says that any company who doesn’t sell a white cover is a moron.

The whole exchange is quite ridiculous. See for yourself. 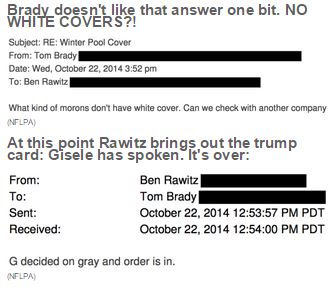 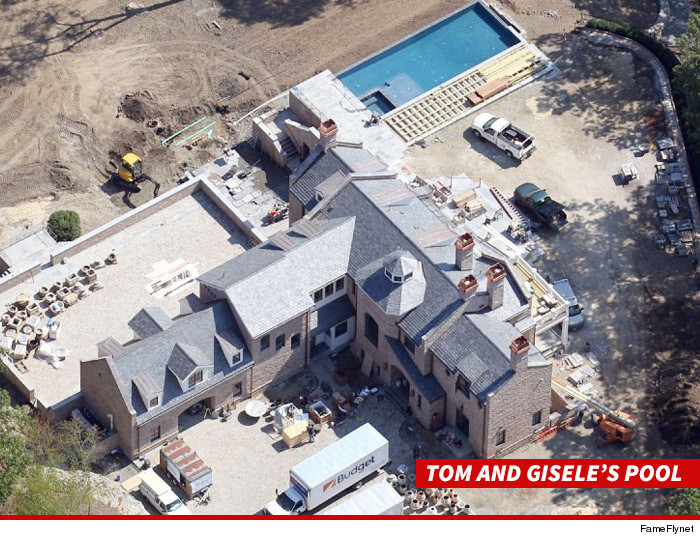