As the Las Vegas Raiders make progress on a Derek Carr trade for February, the likelihood of Tom Brady reuniting with coach Josh McDaniels could come down to whether or not the future Hall of Famer decides to play in 2023.

After being eliminated in the Wild Card Round, Brady hinted that he has likely played his last snap for the Tampa Bay Buccaneers. While he is expected to take his time deciding on his future, Brady’s teammates don’t believe he returns to Florida next season.

A seven-time Super Bowl champion, Brady stated for years his desire to play at the age of 45. Now after achieving that milestone, becoming the oldest starting quarterback in NFL history, he is heavily contemplating his future.

While a decision regarding his future isn’t imminent, the three-time NFL MVP made it clear that any announcement he makes will be final. Even as teams await his decision, there are already expectations for who will be in play to sign him if he returns.

NFL insider Jeremy Fowler reported on SportsCenter that Las Vegas expects to be in for play, assuming he makes the decision within the net month-plus to return for the 2023 NFL season.

“The expectation is that he’ll take his time here, couple weeks maybe even a month, to figure out whether he’s going to play or not. Should he play, the Raiders believe they’ll be a player, they expect to be one of a handful of teams in the mix. The Bucs have certainly not given up hope, they believe they have a good chance to get him back.”

Why the landing spot matters for Tom Brady in 2023

While Brady still played at a fairly high level in 2022, he no longer performed like an MVP candidate. Tampa Bay fired offensive coordinator Byron Leftwich as a result of the offense’s struggles, but this past season also highlighted Brady’s weaknesses.

Operating behind an injury-riddled offensive line, Brady took considerably more hits and faced substantially more pressure than in previous years. It greatly impacted his performance, finishing with the second-worst passer rating (41.6) with the fourth-lowest completion rate (42.9%) among qualified starting quarterbacks vs pressure per Pro Football Focus. 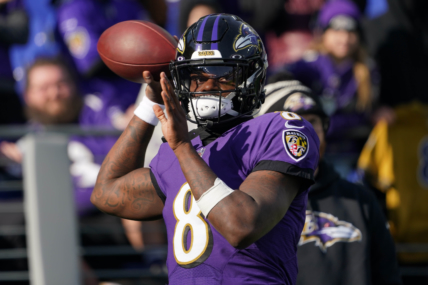 While a healthy version of the Buccaneers’ roster might be the best fit for Brady, the opportunity for a fresh start in a familiar offense is likely compelling. He holds a strong relationship with McDaniels and would bring the leadership, work ethic and football IQ that Las Vegas wants in its next quarterback.

If Brady signs with the Raiders, they could use the 7th overall pick on an offensive lineman and would still have the necessary cap space to either re-sign Josh Jacobs or place the franchise tag on him. With the return of Rob Gronkowski also on the table, Las Vegas could become even more appealing for Brady if he decides to play next season. 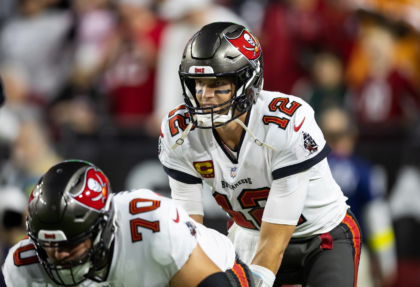