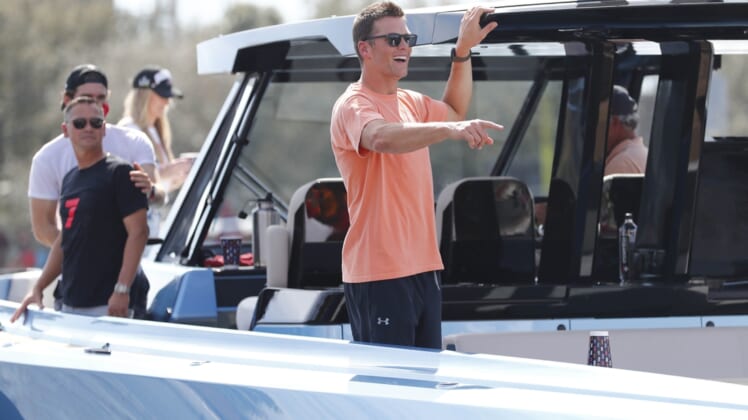 Tampa Bay Buccaneers quarterback Tom Brady is the GOAT on the field. He’s also a GOAT on social media. Here’s the latest example of this.

Earlier on Thursday, Cleveland Browns quarterback Baker Mayfield made waves by indicating that he’s almost certain he recently saw a UFO near Lake Travis in Texas.

“Almost 100%, Em and I just saw a UFO drop straight out of the sky on our way home from dinner… we stopped and looked at each other and asked if either of us saw it,” Mayfield said. “Very bright ball of light going straight down out of the sky towards Lake Travis. Anybody else witness this?”

Well, that’s something else. Apparently, Colin Cowherd took offense to Mayfield’s claim that he saw a UFO. No, really. That’s an actual thing in 2021. Brady was having none of it.

Uh. Is Tom Brady trying to tell us something here? Perhaps, and hear me out, Brady could be an alien. That would explain the way he looks at 42 years old.

It could be the TB12 diet. But what if we have already made contact with aliens? Could Tom Brady be the leader of the Martians and we don’t know it? That would explain how dominant he has been coming off a ridiculous seventh Super Bowl title. Then again, he could just still be on a high from the Buccaneers’ Super Bowl parade (no pun intended).

Those on social media also had some fun with Brady’s hilarious tweet.