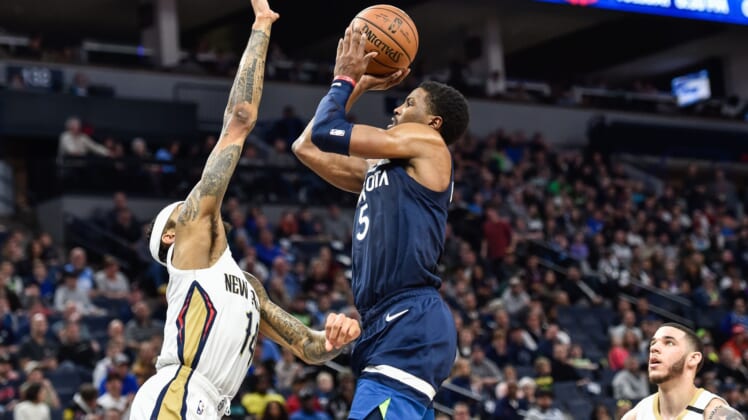 Minnesota Timberwolves shooting guard Malik Beasley is being charged with fifth-degree drug possession and threat of violence following a Sept. 26 arrest for an alarming incident at his residence.

Beasley, who was traded to the Timberwolves in a four-team deal, faces multiple charges for threatening a family outside his Plymouth, Minnesota home in September.

In a statement released by the Hennepin County Attorney’s Office, it was announced Beasley and his wife are both being charged for their suspected role in an incident on Sept. 26.

According to criminal complaints, police were called to Beasley’s home after receiving multiple 9-1-1 calls about a man pointing his assault rifle at a couple and their 13-year-old child.

The couple said it was on an annual Parade of Homes tour on Sept. 26 in the afternoon, pulling up towards Beasley’s home in their SUV. While they were pulled to the side, seeing Beasley’s home was roped off, the couple began searching for another house to visit.

At that point, according to the charges filed, Beasley came out and tapped on their window with a rifle and pointed the gun at them. He yelled at the couple, continuing to hold his gun in their direction as they drove away.

Officers obtained a search warrant to search Beasley’s home for the rifle. When they entered the residence, they also searched for marijuana after detecting the odor inside. Upon their investigation, officers found three firearms, including the described assault rifle, along with more than 835 grams of marijuana in the living room.

Beasley’s wife admitted that the marijuana belonged to her, informing officers it was purchased at a medical marijuana store. However, no location was provided and she didn’t have documentation to prove she could purchase marijuana for medical purposes.

Beasley, a restricted free agent this offseason, averaged 11.2 points, 2.7 rebounds and 1.4 assists per game this season. During his 14-game stint with the Timberwolves, he averaged 20.7 points, shooting 42.6% from beyond the arc and averaging a career-high 33.1 minutes per contest.