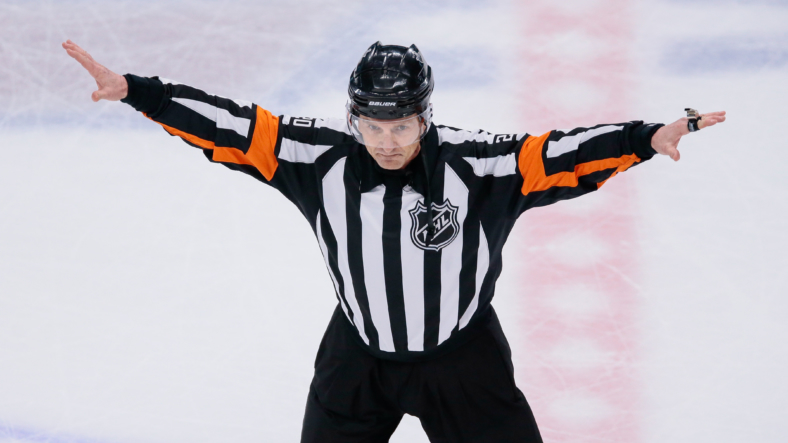 Former NHL referee Tim Peel sent shockwaves through hockey in 2021 when a hot mic caught him all but confirming he issued a make-up call that later resulted in his banishment from the league.

On March 22, 2021, in a matchup between the Nashville Predators, a microphone overheard Peel saying he wanted to give the Predators a penalty. Early in the second period, Predators forward Viktor Arvidsson was called for tripping Detroit defenseman Jon Merrill. Peel called the penalty, despite Merrill flagrantly embellishing his fall to draw the call. Minutes later, Nashville’s broadcast picked up audio of the referee saying, “it wasn’t much, but I wanted to get a f—ing penalty against Nashville early.”

The NHL launched an investigation into the game and announced a few days later that Peel would never work in the league again. While league officials hoped that would settle the matter, Peel’s admission opened the flood gates to discussion among fans, players and analysts.

Penalty calling has long been a bone of contention in the NHL, with many fans (including this writer) begging for a fairly called game rather than one that sees both sides get roughly equal calls. Peel, one could argue, was the scapegoat for a league-wide problem that has not been solved since his departure. But after being kicked out of the NHL, the former referee was now ready to speak out about what goes on inside the game.

On Sept. 14, Peel tweeted out “I’m ready to talk. Ask me anything about what happened to me!” and it opened the doors to an avalanche of questions from the hockey world. Among them, specifically being asked about what happened in the Predators vs Red Wings game. Peel called it “a mistake” and said he didn’t intend to say what he did.

Some fans felt that wasn’t enough, with user @jmlc1983 probing further: “Do you think what was you said was untrue? Or it was true, but it was a mistake to say it out loud?” he tweeted. The question got no response from Peel, though another similar question prompted a reply.

When asked specifically by @gdoug7 about whether or not make-up calls are really a thing in the NHL, Peel shed light on the exact process referees go through.

Essentially, the response suggests make-up calls exist in some nature without calling them make-up calls. The response indicates referees become hyper-vigilant on calling penalties for the less penalized team. Peel’s response is not that calls are made up, but rather one team is hyper-scrutinized.

Isn’t that essentially a make-up call, especially when one questionable call comes into play? His response makes it easy for fans to read between the lines and find that make-up calls are, in fact, real, though he can’t be blamed for saying it.

With that answered, another user, @JofaMcCooperall asked Tim Peel how the conversation went when the league relieved him of his duties as a referee. This, too, prompted an interesting response. 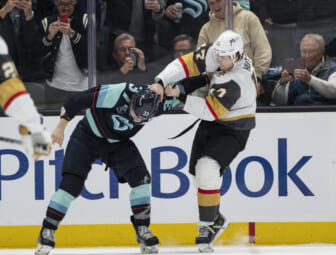 Peel was also asked about his former peers in hockey. While the ex-referee wouldn’t speak on anyone specifically, he made it clear that “much worse has been said on the ice for [sic] what I said.” It could also suggest some semblance of makeup calls or referee bias.

Of course, former NHLers like Shane O’Brien and Carlo Colaiacovo joined in the conversation, lightheartedly ribbing Tim Peel about their own playing career (in the case of Colaiacovo) and drinks at a club during the Vancouver Olympics (in O’Brien’s case).

Many of Peel’s answers seemed like they were an attempt to exonerate himself, as he suggested that things could have been handled differently and he got tons of support from coaches, executivess and players across the league upon his dismissal. But, he also offered insight into non-“incident” questions, like losing baggage to the player Peel most respects in the league (Sidney Crosby) to growing up with Mark Stone to retired life.

Though Peel will never officiate an NHL game again, the speculation about game management in hockey has not subsided since his dismissal. Maybe, just maybe, Peel’s Nashville “incident” wasn’t the only problem.